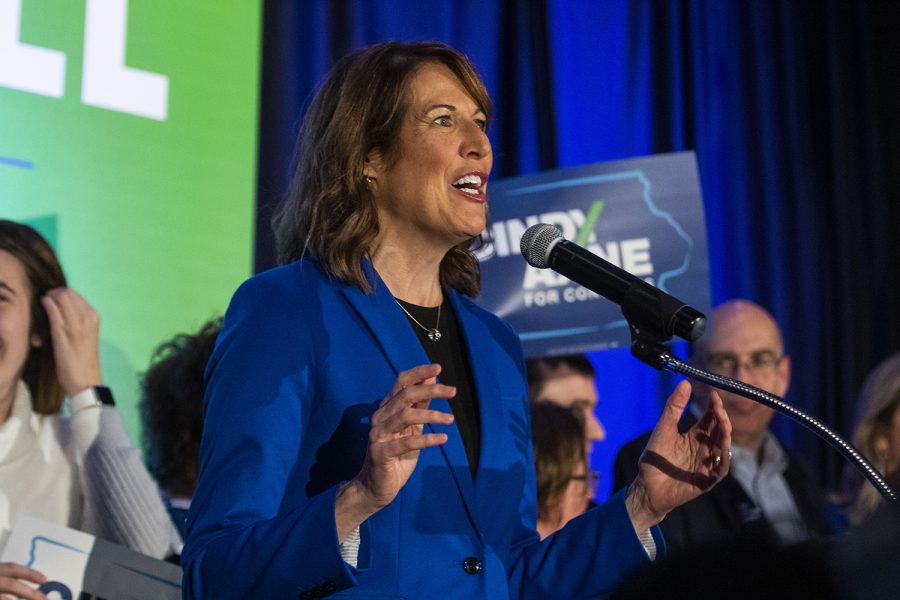 Axne will join Democrat Abby Finkenauer, who was also elected Tuesday, as the first women to represent Iowa in the U.S. House of Representatives.

Axne’s win signifies a Democratic flip in her district; voters booted out Republican incumbent Young, who received 47.49 percent of the vote and has served in the House since 2014. In contrast, he won re-election by 13 points in 2016.

Iowa’s 3rd District has established itself as a political battleground over the years, shifting in support of liberal and conservative candidates. It narrowly supported Barack Obama in 2008 and 2012, yet backed Donald Trump in 2016.

Democrat Cindy Axne gives a speech in Des Moines after a phone call between her and David Young— “I will carry on a tradition in Iowa.” #Election2018 #IAPolitics pic.twitter.com/g1sxga8Xxg

The majority of Axne’s support hailed from Polk County, which includes her hometown of Des Moines. Young gained the most support in Page County where he received 67 percent of the vote.

Axne is a small-business owner who previously worked at around 20 state-governmental agencies throughout a decade. This will be her first time holding elective office.

Along the campaign trail, she emphasized her support of affordable health care and expanding mental-health services. She hopes to build upon the Affordable Care Act in order to expand access for Americans.

The two Democratic challengers out-raised their Republican incumbents this election cycle. Young’s opponent, Axne, raised $3.9 million for her campaign from April 2017 to Oct. 17, 2018. In comparison, David Young raised $2.6 million for his campaign since January 2017 to the same date.

President Donald Trump visited Council Bluffs for a rally in early October. Vice President Mike Pence, likewise, stumped for Young in Des Moines on two occasions in recent months, though it didn’t seem to be enough.

The wave of blue that hit Iowa also descended upon other House Districts throughout the nation. Formerly both chambers in U.S. Congress were held by Republicans. On Tuesday, the U.S. House of Representatives flipped to a Democratic majority while the Senate will remain Republican-dominated.