UISG will not back UI Labor Center closure

University of Iowa Student Government and labor-education program leaders from other universities have voiced opposition to the UI’s decision to close the Labor Center, insisting that it is important for workers and students alike. 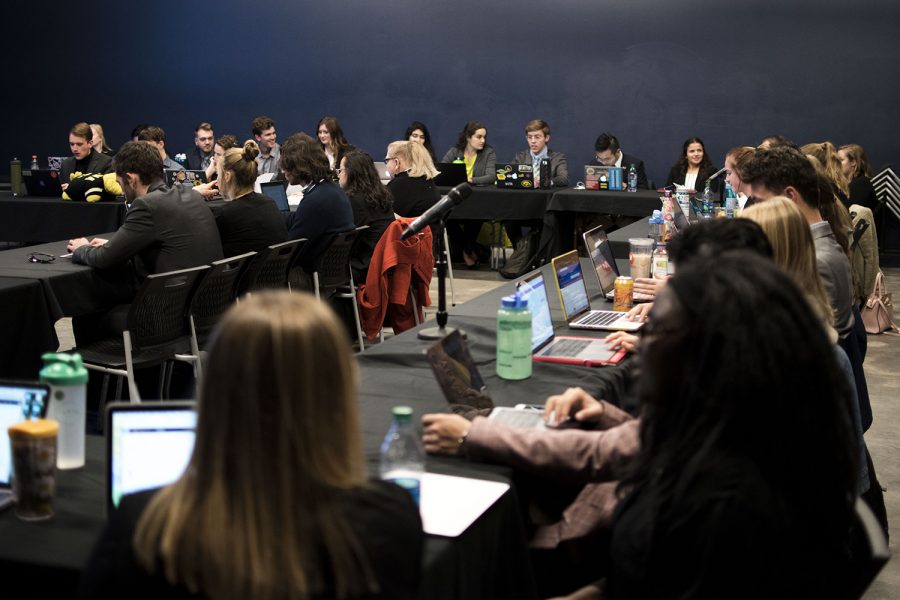 Following a livestreamed debate that lasted nearly two hours Oct. 30, the University of Iowa Student Government passed a resolution stating its opposition to the university administration’s decision to close the Labor Center.

In addition to the UISG resolution, UI President Bruce Harreld has received a letter from the University of Illinois’ labor-education program director, signed on behalf of people in similar positions from five other universities, opposing the decision to close certain institutes and centers, including the Labor Center.

“Our role is to speak up for students and community members who benefit from university services,” UISG Justice and Equity Director Alex Bare said. “We saw this as an exceptional case in which a poor decision was made, and we couldn’t sit by passively.”

Since the UI announced its decision to close the Labor Center in July, Bare said UISG engaged in several meetings with school administrators, advocates for the Labor Center, and UISG members to create the resolution.

“Trying to understand the background of this decision, the finances, how the budget at the university works, how this decision came to be made,” Bare said. “All of this is very complex, and it took a lot of time to really gather sufficient information.”

The state Board of Regents will consider the proposal to close the Labor Center and several others at its Nov. 15-16 meeting. UI interim Provost Sue Curry proposed the plan to the regents at their September meeting on the UI campus.

Harreld previously told The Daily Iowan the funding of many campus centers was coming from general-education funds, which the administration deemed inappropriate upon review of the institutes and their activities. The aim was to close centers that were not core to the university’s academic mission.

“These centers were being at least two-thirds funded by student tuition,” he has said. “I had to do something to get the budget under control. I made a decision. I take responsibility for it.”

Ultimately, Bare said people who work at and use Labor Center services persuaded UISG of its importance. Although six other campus centers were defunded simultaneously, none garnered the same outpouring of community outrage as the Labor Center.

“The Labor Center was unique in that it had a very special outreach role across the state,” Bare said. “About a month ago, there was a panel with people sharing their stories, and it was very moving to see how many community members are affected by a decision the university made.”

Bare said the basis of the UISG resolution states that the UI can find a place in its budget for the center, which they believe plays a vital role in working with the most vulnerable people in the state.

He emphasized the role of the Labor Center statewide, including its work with 2,500 people annually in around 70 counties. Labor centers in surrounding states conduct similar outreach, as well as participate in academics at their respective universities.

University of Illinois Director of the Labor Education Program Robert Bruno, backed by several academic deans and program directors from other Big Ten universities, urged UI President Bruce Harreld in a letter dated Sept. 4 to reconsider the proposal to close the centers on behalf of all people who work and live in the state of Iowa.

Bruno noted that nine of the 11 states housing Big Ten universities have labor-education programs benefiting not only workers but a broad constituency of students, as well, including Iowa.

“The net cost savings to the university of closing this center would be minuscule, while the true cost to Iowa workers and the state overall would be immeasurable,” Bruno said.