Reality spirals out of control in Iowa-based horror film 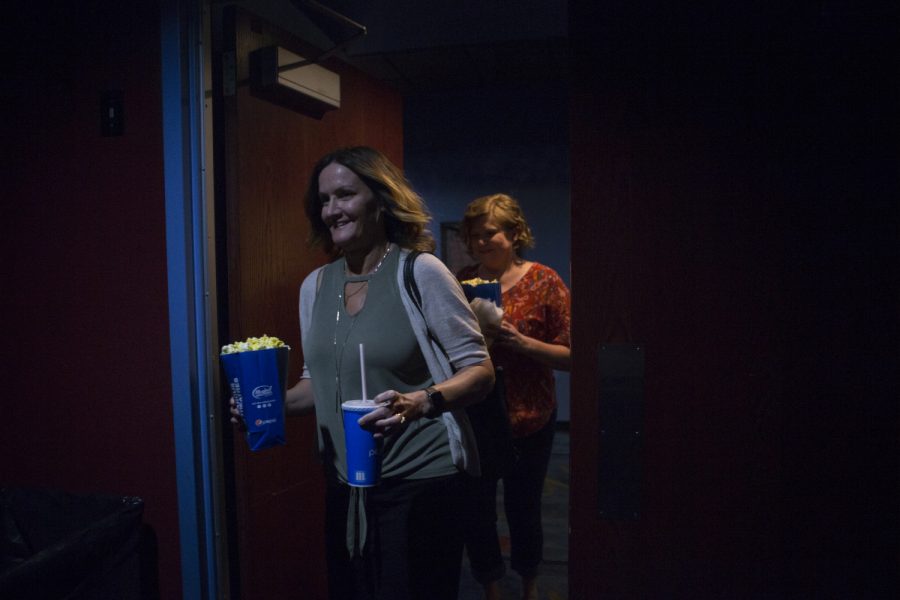 FILE - People spectate a movie at Sycamore Theatre in August.

Smoke fills a dark room as the camera pans up to show an ominous figure wearing a gas mask. A shirtless man, cigarette smoke billowing out of his mouth, sits at a table littered with alcohol bottles and drug paraphernalia.

The film centers on six friends reuniting in small-town Iowa for a bachelor party. Their sanity is pushed to the limit as interdimensional demonic forces and drug-fueled paranoia begin to corrode reality.

Spiral was shown at the Sycamore Theater in on Wednesday. There will be a second showing on Oct. 29.

With Spiral, Clarke said, he wanted to make something that showcased his range as a filmmaker.

“I’ve always really wanted to just kind of cut loose and make something that was really wild and just a chaotic ride,” he said.

RELATED: Director of Avengers talks Marvel and his time at the University of Iowa

He has made movies for as long as he can remember, he said. He got his first camera at age 10, he said, and he began making short movies with his family.

“I was just really infatuated with films and making movies,” he said.

His passions carried him to the UI film program, where he met many of the people he still works with.

Some of those connections go back to freshman year in Burge. Tyler Thirnbeck, who played the character having the bachelor party, was a theater major and lived across the hall from Clarke.

“We kept talking about how it was just perfect that I was an actor and he was a director,” Thirnbeck said.

They began working together on video shorts in college, Thirnbeck said, and he has since starred in four of Clarke’s five feature-length films.

Clarke, now based in Los Angeles, still has a soft spot for making movies in Iowa.

“In Los Angeles, everyone’s got a movie,” he said. “It’s really cool in Iowa to be embraced as a little bit more unique.”

When making a movie in Iowa, Nash said, he enjoys that everyone is excited about the film and they all want to be on set.

“If we couldn’t pay them that much, that didn’t really matter because they were just so excited that we were shooting in Iowa,” he said.

Budget constraints are not a problem for Clarke, either. He said he enjoys the challenge that comes with making low-budget films.

“It really forces you to get creative with the decision-making process and make decisions you probably wouldn’t make if you had the comfort of a big budget,” he said.

Clarke, now working on a new film in LA, plans to shoot several scenes in Iowa.

“I still want to keep Iowa in the film universe going forward,” he said. “That’s my home, that’s where I’m from. It’ll be really exciting to kind of mix and mesh the two worlds together.”