Iowa swimming and diving heads to Minnesota for tough competition

The Hawkeyes head to Minneapolis this weekend to face Minnesota and South Dakota State. 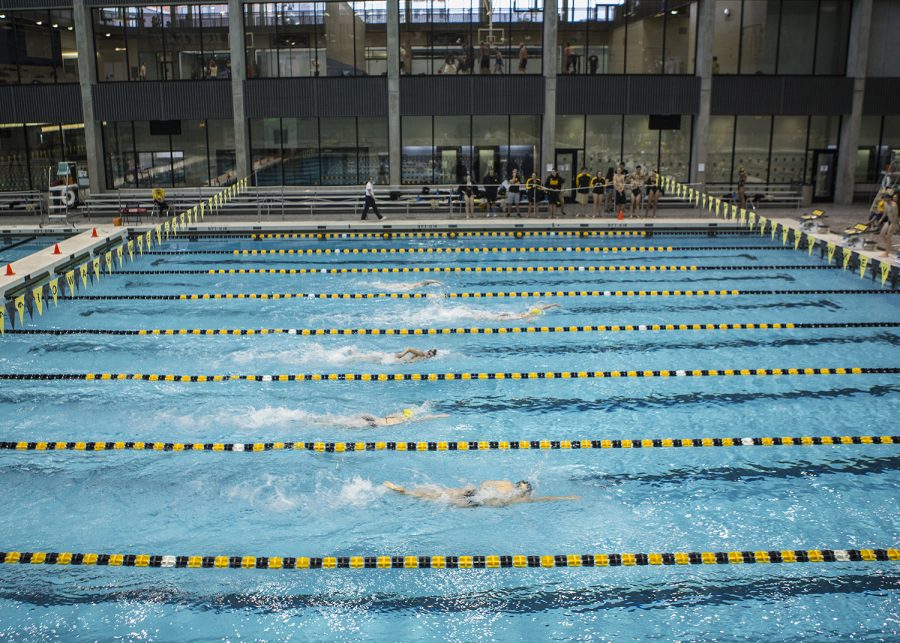 The Iowa swimming & diving teams are heading to Minneapolis this weekend for the squads’ first action in a while.

The Hawkeyes will face rigorous competition when they take on Minnesota and South Dakota State in a triangular.

This will be the second meet this season in which both the men and women will compete. The Hawkeyes have undergone some intense practice the last few weeks in preparation for the meet.

“I think the last couple of weeks have been really hard,” senior Kelly McNamara said. “So I think that we are in very good shape and very ready. We all split up into three different groups, and I am in gold group, which is the sprint group. We have done a lot of 25s and 50s in preparation for short-distance races.”

The intense practice is going to set up Iowa, not only for this meet but for the rest of the season. The Hawkeyes will take on tough competition throughout the season leading up to NCAAs.

Minnesota comes into the meet with the No. 13 women’s team and the No. 18 men’s team. The Hawkeyes would love to get the early advantage in the Big Ten standings with a win against the Gophers.

That is not their only goal for the meet; the Hawkeyes want to get much more out of it.

Iowa is excited to face tough competition early on and wants to take advantage of that for motivation. The Hawkeyes could use the motivation; they will host Denver and Michigan in a meet on Nov. 2.

All the Hawkeyes have something to prove this weekend, and they want to do so with early wins — especially the All-American honorable mention men’s 200-free relay team. Matt Kamin, Joe Myhre, Jack Smith, and Will Scott all returned this season and want more than to merely qualify for NCAAs. They own the 200-freestyle relay record for the school at 1:17.46.

Smith and Kamin are both seniors this year, so this is their last opportunity at the college level to prove their talents. They have both broken many records at Iowa but want a victory in the NCAA’s to make their college careers shine.

The triangular will begin at 11 a.m. Saturday in the Jean K. Freeman Aquatic Center.