Who is on the ballot for Johnson County Board of Supervisors?

Three candidates are running for two seats on the Johnson County Board of Supervisors. 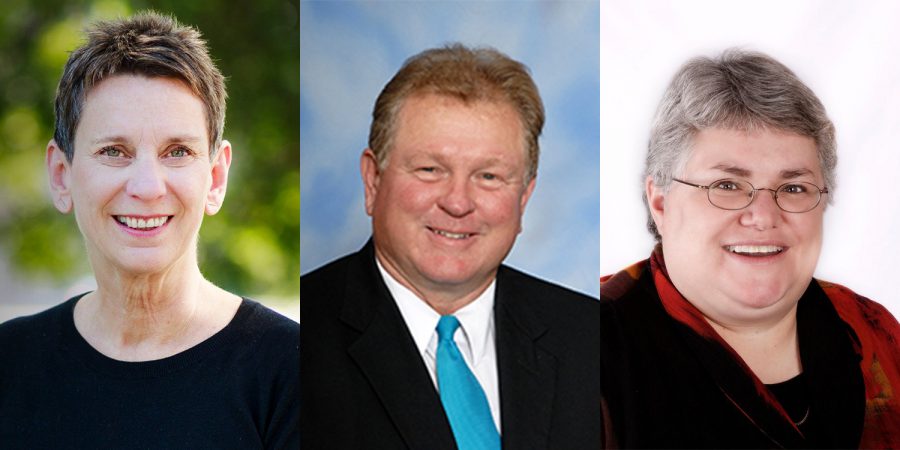 From left: Pat Heiden, Phil Hemingway, and Janelle Rettig ran for two seats on the Johnson County Board of Supervisors. Rettig and Heiden won the seats.

Democratic incumbent Janelle Rettig is running for a third term on the board; she led the June primary with 63 percent of the vote. In her time as a supervisor, Rettig voted to raise the minimum wage and create community IDs. If elected, her priorities include affordable housing, mental-health care, and environmental protection.

Iowa City School Board member Phil Hemingway is hoping to be the first Republican elected to the Johnson County Board of Supervisors in a general election since 1958. Hemingway’s priorities include improving the county’s infrastructure, addressing mental-health concerns, and conserving water and other natural resources.

Democrat Pat Heiden garnered 53 percent of the vote in the June primary. She previously spent 20 years as executive director of the Oaknoll Retirement Community. Heiden wants to focus on providing quality care to the elderly, increasing access to mental-health care, and conserving natural resources.