Meet the two contenders for Iowa Secretary of Agriculture

Mike Naig and Tim Gannon will both vie for a first elected term as Iowa’s agriculture secretary. 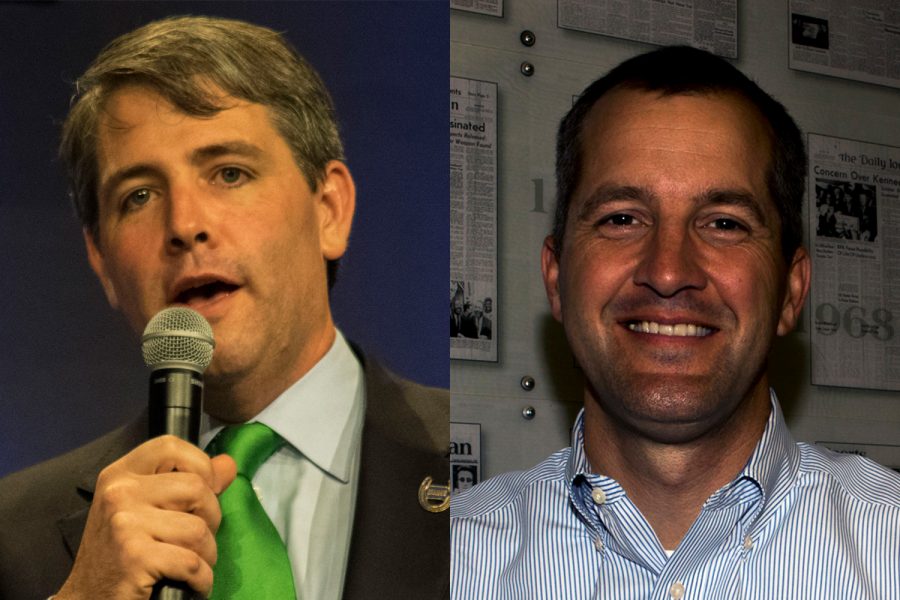 Democrat Tim Gannon (left) and Republican Mike Naig (right) are running for the position of Iowa Secretary of Agriculture.

Mike Naig was appointed state secretary of agriculture in March, hopes to be a unifying voice between Iowa’s governor and the congressional delegation regarding Iowa’s farmers.

Naig, who grew up on a family farm, said his top priorities include expanding renewable fuel credits, improving Iowa water quality and soil health. He said one of the more notable moments of his career was the department starting the annual Soil Reduction Strategy in 2013 while he was deputy secretary of agriculture.

Gannon worked eight years at the U.S. Department of Agriculture under former Iowa Gov. Terry Brandstad and then-U.S. Secretary of Agriculture Tom Vilsack. There, he oversaw the Federal Crop Insurance program, which helps farmers mitigate the effects of natural disasters. In addition to farming, Gannon sells crop insurance to farmers and ranchers, helping them manage risk in agriculture.

If elected, Gannon hopes to improve the rural economy, increase investment in agricultural research, find new uses for crops such as corn and beans, and fund soil-conservation efforts. He farms with his dad and cousin on the family’s century farm in Jasper County.