Dedication behind craft with a IWP resident

Iva Pezuashvili, an international student from Georgia, reflects on his filmmaking passion. 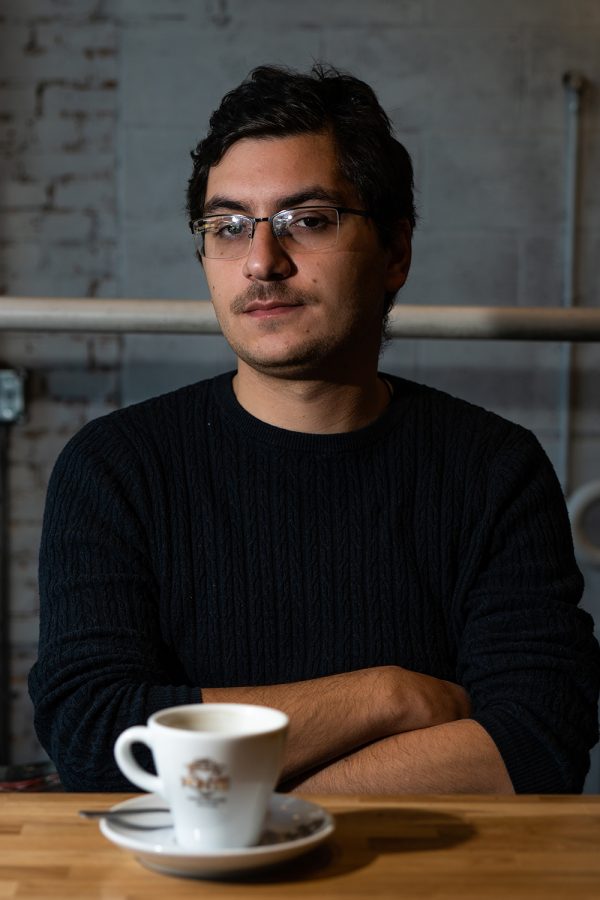 Iva Pezuashvili sat in the cozy confines of Cortado during a brisk, bright morning. As one of the International Writing Program residents, Pezuashvili is a filmmaker, screenwriter, and writer who hails from Georgia. Pezuashvili has written for several TV dramas, has written and directed several short films, and is currently an author of two story collections. With short brown hair and glasses, he speaks in quick rhythmic swathes about his adversities when attending Shota Rustaveli Cinema and Theatre University for filmmaking.

“Of my four years there, I’d never seen a professional camera until my movie set,” he said. “We didn’t have funding from the university. We were spending our parents’ money to shoot something.”

His university didn’t offer the students any cameras or anything of that sort when they were studying filmmaking.

On Sunday, he screened his short film, Babazi, at the IWP Cinémathèque. Babazi was originally a short story that he turned into a film. The film was met with applause, with several scenes being shot in a forest in the dead of winter.

Pezuashvili’s dedication to filmmaking runs deep; it’s his craft. During his time writing for television, he said, it was a strange and long process.

His passion for his craft is palpable; Pezuashvili’s eyes brightened at just the idea of shooting a film.

“When you’re standing on a set, and you’re a director, and 120 people are waiting for your orders, it’s amazing,” he said. “Storyboarding, figuring out how to shoot [a scene], all of it, it’s amazing. That’s why I see myself as a filmmaker more than a writer.”

His collection of short stories, I Tried, and an anthology in which he is featured called The Book of Tbilisi are available for purchase online. In the future, Pezuashvili plans to apply for the Iowa Writers’ Workshop fiction program after his time in the IWP, and he plans on finishing a novel that is currently in the works.