David Young and Cindy Axne vie for 3rd District seat in the U.S. House of Representatives 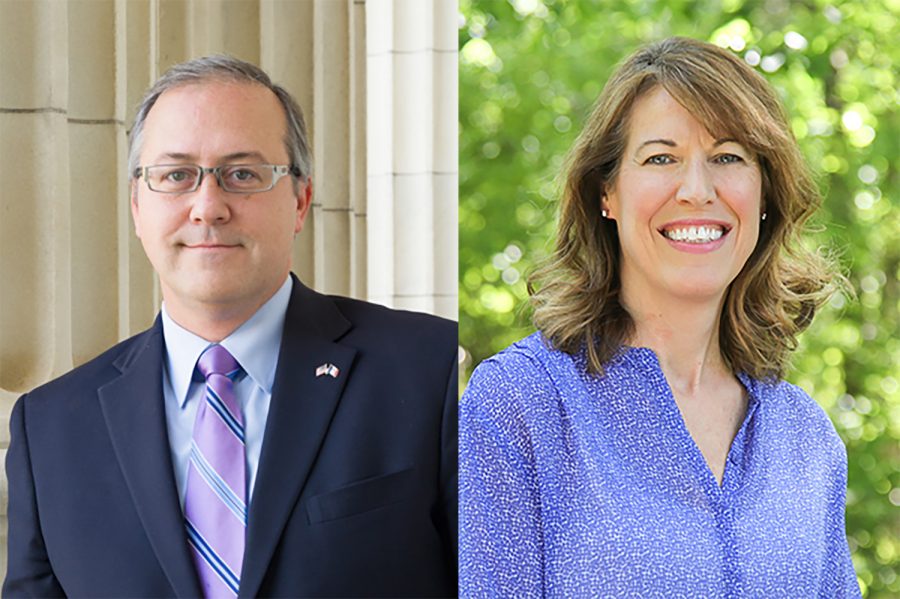 Republican David Young (left) is running against Democrat Cindy Axne (right) to keep his seat in the U.S. House of Representatives for Iowa's 3rd District.

Education: Young sponsored a bill in 2018 to allow the FFA to self-govern. In a 2015 newsletter, Young wrote he did not support Common Core standards and believes education decisions should rest with local school districts.

Jobs/Economy: Young voted in favor of the 2017 Tax Cuts and Jobs Act and hopes to spur job creation through cuts and reform to the current tax code.

Environment/Agriculture: Young hopes to expand trade markets and has urged President Trump to reach a deal with China. He supports a renewable-fuel tax credit.

Health Care: Maintaining and improving the Affordable Care Act is a priority for Axne. She also aims to make sure that people cannot be discriminated against for having a pre-existing condition.

Environment/Agriculture: Having supervised on the Governor’s Agenda on Clean Energy Iowa, Axne hopes to increase environmental research and development in a congressional role.

Immigration: Axne supports passing the DREAM Act and other measures to provide pathways to citizenship for immigrants. She also supports strengthening border security and addressing crime.