Republican Steve King has led Iowa's 4th District in the U.S. House of Representatives since 2013. Democrat J.D. Scholten believes he can take the seat over. 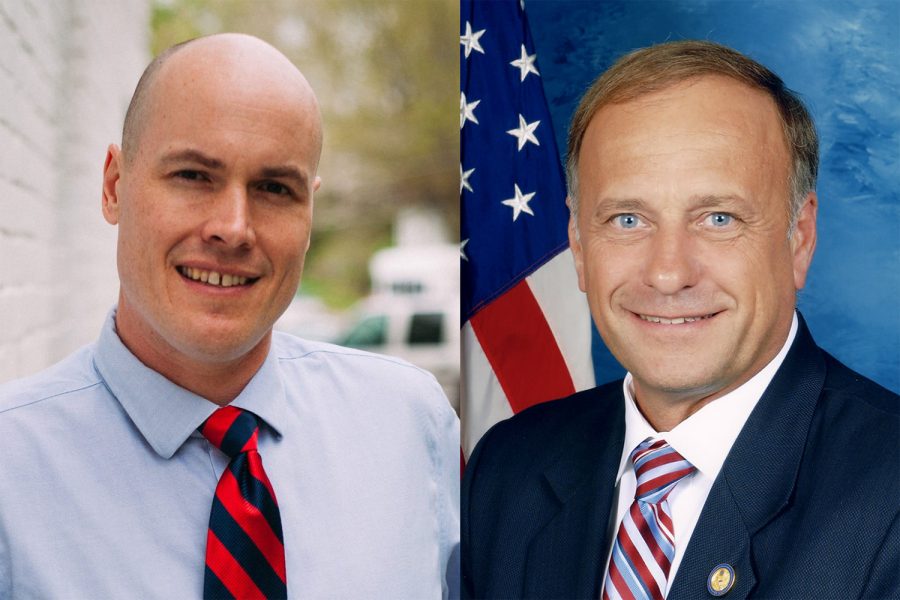 Democrat J.D. Scholten (left) is running against Republican incumbent Steve King to take a seat in the U.S. House of Representatives.

Education: King does not support No Child Left Behind or Common Core standards.

Health Care: King wants to repeal all of the Affordable Care Act and replace it. He supports more free-market health-care options and wants to strengthen funding for Medicare.

Jobs/Economy: King supports reducing taxes and regulations on businesses. He voted for the Tax Cuts and Jobs Act passed in 2017.

Immigration: King supports completing a fence along the U.S. border with Mexico. He opposes granting amnesty and believes the government should not provide welfare for undocumented immigrants.

Health Care: Scholten supports Medicare for all. He wants to introduce a public health-care option to compete with private insurance companies and offering a Medicare buy-in for those 55 and older.

Jobs/Economy: Scholten hopes to create jobs through investing in infrastructure projects, raising the minimum wage, and strengthening the bargaining abilities of labor unions.