Mahoney: ‘The Haunting of Hill House’ shows that spooky TV can be done well

While 'The Haunting of Hill House' sounds like another junk horror show, it’s actually a wild, spooky family drama, and it’s amazing. 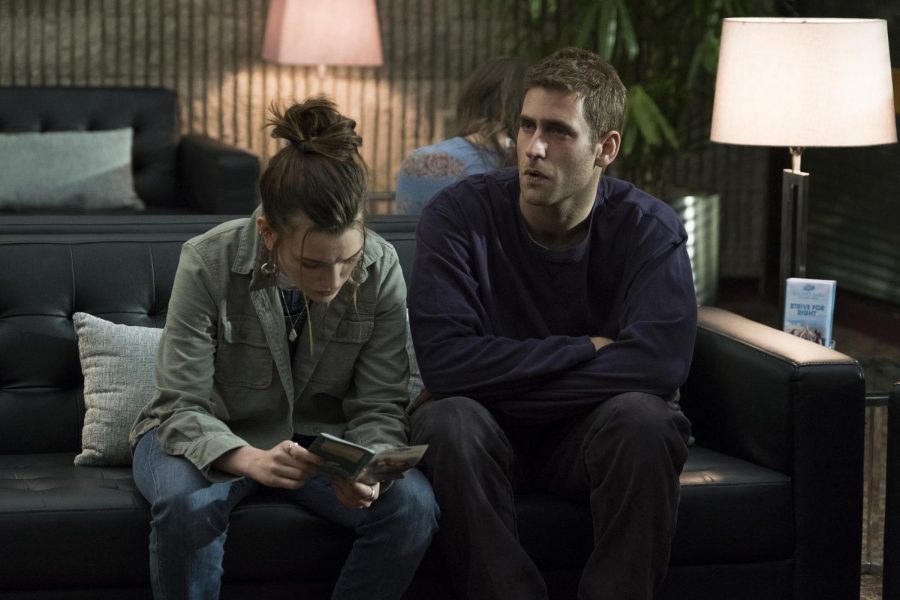 Victoria Pedretti and Oliver Jackson-Cohen in the Netflix series, "The Haunting of Hill House." (Steve Dietl/Netflix)

It’s October, ladies and gents. And we all know what that means: It’s spooky time. Scary decorations, horror movies, the whole deal. But a lot of this “scariness” is just meant to be for jumps and near-miss heart attacks. It’s not meant to really creep you out.

However, earlier this month, Netflix added “The Haunting of Hill House” to its list of original TV shows. It is a televised rendition of a novel written by Shirley Jackson in 1959. While Netflix did make some changes, the gist appears to be the same: Hill House is an evil building that seeks to kill those that live within.

Spooky, right? Here’s the catch: While you would think that being a scary thing on TV, it would have lots of jump scares or other cheesy things like that, it really doesn’t. Sure, it has a couple here and there, but that’s not really what makes the show scary. What makes the show scary is that it walks the viewer through the life of each character. From their childhood in Hill House to adulthood, in which the characters are forced to reckon with the remnants of living in The House.

The characters are all members of the Crain family: Hugh (the father), Olivia (the mother), and the kids, Steve, Shirley, Theodora, Eleanor (called Nellie), and Luke. Each has a unique story, both in the house and in adult lives.

Before I continue, if you are going to watch this show, this serves as a spoiler alert.

Anyhow, by the end of the first episode, we learn that Olivia Crain went nuts and ended up dying in Hill House when the kids were still young. After that, the kids went to live with their Aunt Janet.

Then we fast forward to the present when they’re all adults, and Nellie is back at Hill House, which has been left empty to rot since the night of Olivia’s death. She’s clearly having a rough time; she walks into the House by herself and ends up dead.

Then it runs through the story of each of the kids, each getting an episode to her- or himself. Then the mother and father get their own episodes. The viewer learns a bit about the history of the House and all of the problems that the House has had. And then the viewer gets the season finale: the last episode. It is absolutely WILD.

It brings ALL of the family back together, something that hadn’t happened for a long time, simply because there had been a bunch of arguments between the siblings and their father. The family converges at the House, the place that started all of the arguments. There’s a lot that happens once they all make it to the House, but I don’t want to spoil too much of it.

What makes ‘The Haunting of Hill House’ scary is not jump-scares. It is the slow-burning effects of Hill House on a family that is relatable, a family that you grow to love and feel pain with when something happens to them … that’s what makes it scary. And beautiful. And amazing.