Jaimes: There is simply no space for incivility in politics

Incivility has been a popular trend in politics as the Midterm elections approach, but calls for violence and harassment have proved to be dangerous and unsuccessful. 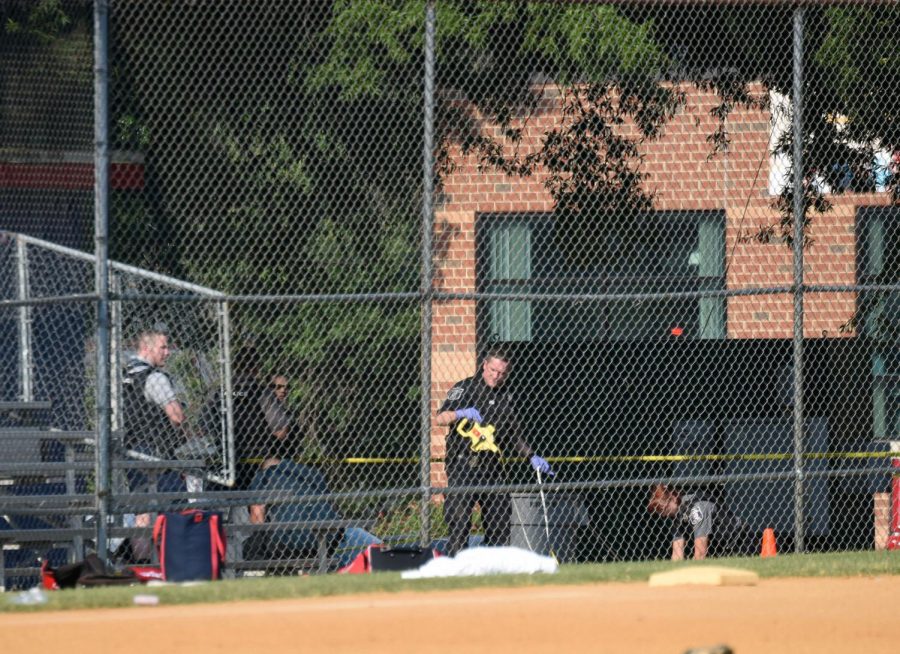 Policemen work at the site of the shooting where Steve Scalise was shot at Eugene Simpson Stadium Park in Alexandria, Virginia, on June 14, 2017. (Yin Bogu/Xinhua/Zuma Press)

A series of short ads released from the GOP reveal the scary truth about civility in America. Each video, accompanied by dramatic background music, features snippets of speeches and violent acts by leftists in America. The ads expose the danger incivility is creating in politics.

These acts of violence are included in the trend of vandalizing political offices around the country. From fire-bombing offices to throwing bricks into windows — both sides of the aisle have experienced the effects of incivility that is praised by officials who never see the consequences of the actions they call for.

Incivility is not solely dominated by leftists. A campaign rally in Montana last week featured President Donald Trump praising Montana Rep. Greg Gianforte for body slamming a journalist in May 2017. Many have criticized Trump for his tolerance of violence when attacks occur on the other side of the aisle.

As Maxine Waters calls for push back against members of the Trump Cabinet, she forgets the violent attacks that Republicans such as Rand Paul and Steve Scalise have suffered in the past. Paul, who was beaten by a neighbor yelling, “This is for health care.” Paul suffered six broken ribs and needed months to recover. Scalise was one of many targets of a gunman who opened fire at a GOP practice for the congressional baseball game.

After leftist activists tweeted to “Never let Collins have a moment of peace in public again,” they owe an apology to Sen. Susan Collins’ husband, who was sent an envelope of what was suspected to be ricin. The letter was later found to be nonhazardous, but one of the many threats Collins and her staff have faced.

When former Attorney General Eric holder says “when they go low, we kick them,” he forgets that he is speaking to an audience of people like Jordan Hunt, who was arrested for kicking a woman in the jaw for having the audacity to advocate for pro-life values.

As Iowans, these acts of incivility are seen in our own backyards. A recent incident at the Johnson County GOP headquarters highlighted increased tensions in politics. A volunteer for the office explained that the building for the headquarters was vandalized with used tampons and fliers taped to the building that read “this machine kills fascists,” along with a photo of the female anatomy. In August, the Dubuque office of Rep. Rod Blum was vandalized with a gallon of white paint being thrown at the building.

When asked about his thoughts on incivility, such as Waters’ call for push back, UI student Herbert Meisner said, “I wouldn’t say I support calls of incivility” but more calls against “politeness.” He said the women who shared their stories of sexual assault with Sen. Jeff Flake before the Kavanaugh confirmation were an example of impoliteness while still being civil and without posing harm to the senator.

Incivility does not mean that when ideas don’t work, force them to. A civil society should see that when ideas don’t work, you go to the voting booth. Fight back in with dignity without striking fear into others. Earn the respect of those who disagree with you without posing a threat to their life or safety, and condemn officials who cannot defeat their opponents without calling for violence against them. Among the many forms of dissent, incivility should never be an option.