Storm Large puts on a beautiful performance at Hancher, full of story, thought, and musical talent. 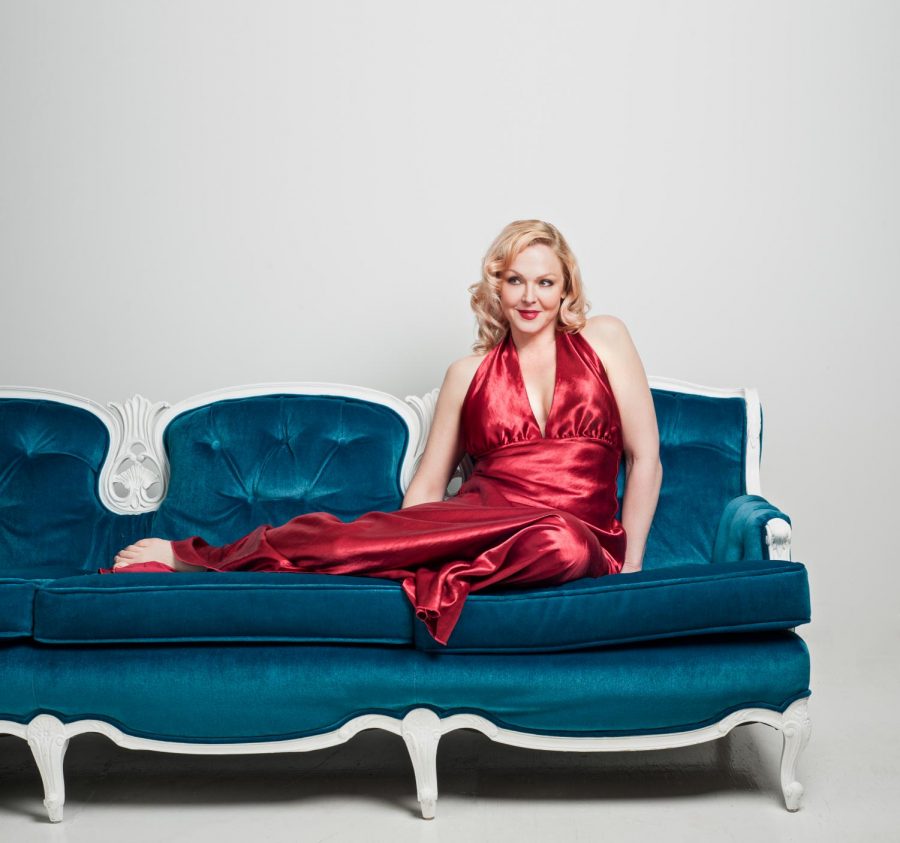 Violet lights softened whatever hard features Hancher’s smaller venue contained while I took inventory of the black stage: a guitar, bass guitar, grand piano, a set of drums, and three mics posed, waiting to be played.

Walking up the stairs on stage left of Hancher came Storm Large and her band, which she referred to as “the boys.” Wearing an elegant black dress, she pulled out a baritone ukulele and began singing one of her original love songs.

Storm Large grew up in rural Massachusetts in a family not so accepting her relationship with music.

“I could always sing, but I was always told to shut up,” she said in an earlier interview. “I grew up in a rural, conservative area. Losers did art. It took me a long time to get into music. People noticed when I sang, and I realized that I have something that could make people happy. I would be the cause of that jubilation and joy.”

Storm Large delved into the meaning of her music, talking about its background, slowly easing herself into the rhythm of the next song. “Asylum Road” had the most interesting, or rather, horrifying story close to her home in Portland. The song was inspired by Charity Lamb, an Oregon woman who was committed to an insane asylum after going after her abusive husband with an ax.

Storm Large believed that it very much fit the season, and I agreed with her. Even with the spooky background, the song was gorgeous, with harmony pouring in from each direction. She talked about an abused woman, one who wasn’t loved, one with a story that needed telling from an artist and not of the verdict against Lamb.

Another touching song, “Angels in Gas Stations.” in which the artist pours out the most heart-wrenching chapters of her life.

“The show is dedicated to love; it’s emotional,” Storm Large said. “There are songs you wouldn’t think to be a love song.”

Before the performance, I had walked into Hancher feeling very much connected to Jo March on the night of her first ball. I, the poor, young, and eager college student, found myself among those who are educated and who have more than $2 to their name.

But I was able to relate to her, through her music I could tell that she had truly lived. Her powerful voice hit high notes and low; she showed no fear in displaying the vulnerability of love to the audience. Before her last piece, Storm Large bid the audience farewell with, “Love is the most important thing to human beings. It’s our human magic.”