Witching Hour closes with a night of comedy 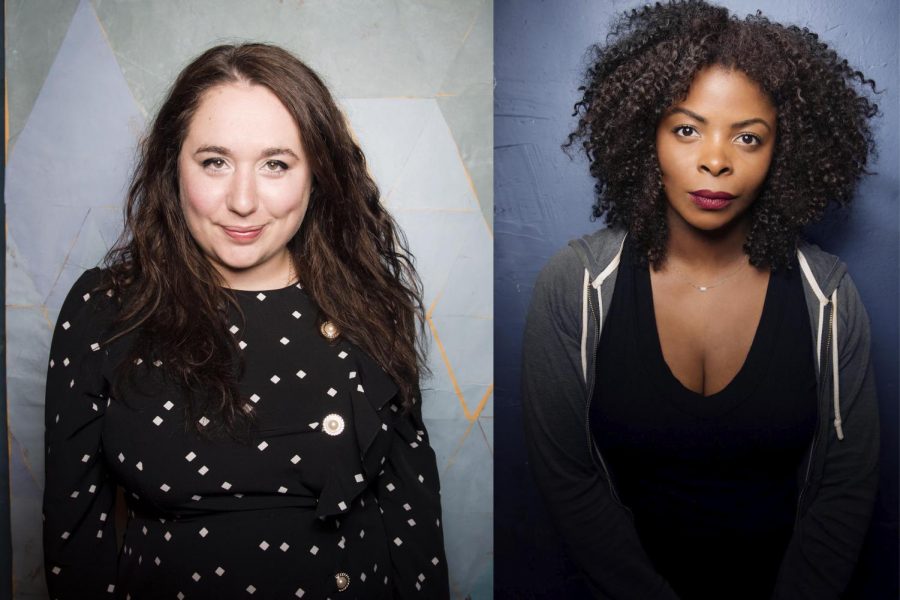 From her theories that Amazon Alexa is a government surveillance tactic, to her conniving plots about ruining public proposals, Comedian Janelle James displayed her full comedic range with Liza Treyger at the Englert Theatre as a headliner at the Witching Hour Festival.

After opening for Chris Rock as part of his Total Blackout tour in 2017, James became a standout in the New York City comedy circuit. Her performances are featured on Netflix’s The Comedy Lineup, HBO’s Crashing, and Comedy Central’s @midnight, among others. James brought to the Witching Hour Festival the same boastful personality and topical content that earned her this acclaim.

James incorporated bits from her debut comedy album, Black and Mild, into her performance. Amidst her comedic quandaries about New Year’s resolutions she never maintained, the infamous “Are you still watching” displays by Netflix after binge watching her favorite show, and dating younger men, James found a common ground with the audience.

Labeling her therapy sessions as “paying a lot of money to talk about my personal life,” James placed her experiences at the forefront of her jokes. After a dark bit about eating babies, James shifted to the toils of raising her teenage son. She joked that her son smelt like “feet, funk, and fungus” and, “had a debit card since he came out of the womb.” James described her younger son as undeniably witty—one who enjoys “wearing knee high socks and reminding her that she is not cool.”

Interwoven into her performance were remarks about the Me Too movement. Calling out Louis C.K.’s unsolicited comedy club appearances, and Matt Lauer’s sexual misconduct allegations, were among her talking points regarding the movement.

Her constant energy and contagious laughter encapsulated the audience from the moment she stepped on stage. She was so immersed in her performance that when her allotted time was up she said, “Is that my time?”

Liza Treyger opened her set by admitting that she had not been to Iowa since she dropped out of Iowa State after a string of arrests.

Treyger quickly shifted by discussing her recent breakup. She described her isolation as “living like the Willy Wonka Grandparents, except no one else was in bed.” The absurdity of the simile landed well. Among her coping mechanisms after the break up, were binge watching 34 seasons of Survivor, following distance runners on Instagram, and online bidding on expensive visual art. This bit exemplified her knack for balancing the preposterous with the relatable.

Treyger has appeared on Late Night with Seth Meyers, Comedy Central’s @midnight, and Comedy Up Late, among others. Her stand-out performances can be found in her debut album, Glitter Cheese, as well as her Comedy Central half hour segment.

After showing the audience her Red Hot Chili Pepper tattoo on her leg and her yellow school bus tattoo on her arm, Treyger delved into listing all of her hyper-specific and peculiar obsessions. Treyger concluded by focusing on the frustrations and inequities of gender-identity, which proved to be the most resonant portion of the set.