In the Season of the Witch: A look at this year’s Witching Hour

The Witching Hour festival, celebrating the arts, will take place this weekend throughout Iowa City. 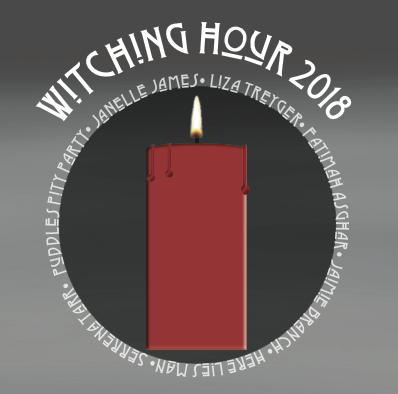 In folklore, a witching hour is commonly referred to as a time of night in which dark, supernatural forces lurk about at their most powerful. In Iowa City, however, the Witching Hour terrors turn into beams of knowledge and creativity, and a unique collection of artists will gather this weekend dedicated to exploring the unknown through all forms of art.

“A question we had revolving in our minds as we developed this year’s program was ‘What does a great society look like? What is our version?’ ” Englert Marketing Director Aly High wrote in an email to The Daily Iowan. “So we have programming that speaks to economic equality, sexual consent, building underground art scenes, connecting with your creative process and your community, and music and comedy that are rejuvenating and honest.”

For the event, High said, a small team of programmers representing Iowa City projects and organizations searched for rising independent artists who have new work to showcase.

“We strive for creators and thinkers who are pushing the boundaries of their crafts or to speak to current community conversations,” she said. “All events must speak to at least one of our three tenets: exploring the unknown, diving deep into the creative process, and new, exciting work.”

A unique and charismatic blend of performers will headline the festival, the first being the hysterically yet emotive singing clown Puddles Pity Party. He will take the stage at 8:30 p.m. Friday at the Englert, 221 E. Washington St.

Puddles Pity Party made waves on YouTube with his work with Postmodern Jukebox, which takes modern pop and rock songs and re-creates them into jazzy, timeless pieces. His cover of Sia’s “Chandelier” features both velvety vocals and a booming, dramatic voice; it has more than 8 million views. He also garnered high praise from judges when auditioning for Season 12 of “America’s Got Talent.”

Continuing with humor, two emerging comedians will perform Saturday at the Englert, starting with Caribbean-born writer Janelle James at 9:30 p.m. She explores topics such as family life, raunchy stories, and existential crises.

Following James at 10:30 p.m. will be Liza Treyger, a star in Netflix’s upcoming standup special “The Degenerates.”

Other festival events include revisiting Dario Argento’s horror film Suspiria, a reflection and dinner dedicated to the late Anthony Bourdain, a series of musical performances covering a wide array of genres, mental-health treatment, and a first-person account of a year with America’s “alt-right.”

Witching Hour prides itself on displaying a diverse range of art through a multitude of media.

This year, the festival organizers will continue their ongoing effort of providing platforms for marginalized voices with the “Writers of Color Reading Series.”

Starting at 8 p.m. Saturday in the Englert, the emerging Pakistani-Kashmiri-American poet Fatimah Asghar will lead a discussion on race with six other notable guests.

Asghar has received the Ruth Lily and Dorothy Sargent Rosenberg Poetry Fellowship from the Poetry Foundation and has released a collection of her works titled If They Should Come for Us. Her poem of the same name flows like a river and paints an immersive picture of cultural ties.

In addition to being a poet, Asghar is most popularly known as the co-creator and writer of an Emmy-nominated and critically acclaimed web series written for people of color, told by people of color, “Brown Girls.”

The show garnered lots of press after its initial release and, as a result, grabbed the attention of HBO, which is now in the process of adapting the web series to TV.

For Asghar, the Witching Hour appearance is another medium of storytelling in which she can explore her own life as a queer woman of color and also to act as a realistic voice for marginalized people she never saw on the big screen while growing up.

“It’s important to me personally because I feel like I didn’t get to see enough representation of folks who looked like me when I was growing up, and in general, often when I do representations of queer persons of color, they are really not nuanced, often stereotypical, not representing our full humanity,” Asghar said. “So, with ‘Brown Girls,’ I wanted to write something that gives us a little more space to be human.”

For Witching Hour, attendees can purchase passes for the entire festival for $55 or a single-day passes for $35. UI students are encouraged to attend, and the Englert offers a student discount with a two-day pass at $20. Students will need to show IDs when they pick up their passes at the Englert.

Passes and tickets to headline events can be purchased either online at Witching Hour’s main site or at the Englert’s box office. Besides the free experience at the Iowa City Public Library, all other venues will be $10 at the door.

RELATED: Witching Hour’s third iteration has ended, but is not forgotten.