Nine fraternities suspended pending investigations into alcohol use at events

Nine Interfraternity Council fraternities have been suspended pending an investigation into having events with alcohol, a violation of the alcohol moratorium put on greek life in 2017. 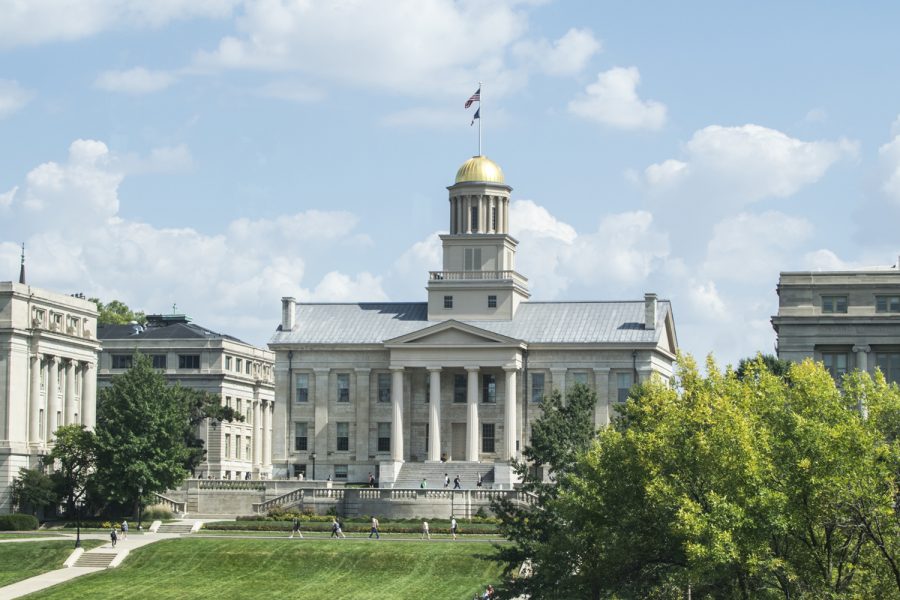 Nine Interfraternity Council fraternities have been suspended pending investigations into violations of university policy and the Fraternity and Sorority life moratorium.

In an email sent to the Fraternity and Sorority life community, University of Iowa Vice President for Student Life Melissa Shivers said the Division of Student Life will not tolerate the disregard shown for the moratorium and students’ health and safety. She also said failing to stop open events with alcohol, such as tailgates, will end.

Sigma Nu, Phi Kappa Psi, and Pi Kappa Alpha were also placed on temporary suspension between Sept. 14 and Oct. 4 because of alcohol and other policy violations.

“As a result of the temporary suspensions, at this time the chapters may not participate in any FSL-related or IFC sponsored meetings and programs, social events of any nature, Recreational Services intramurals, Homecoming activities, or other related events,” UI spokesperson Anne Bassett said in an email to the DI.

The DI previously reported that, following the death of UI student Kamil Jackowski in April 2017, greek-community leaders banned all chapter events with alcohol “until further notice.” On Aug. 4, 2017, leaders announced the ban would continue during the 2017-18 academic year until the campus culture around drinking made positive strides toward change.

In November 2017, a pilot program was tested for chapters with no moratorium violations to have events with alcohol under specific guidelines. Those chapters were allowed to host up to three social events. The program is continuing in fall 2018.

The UI tracks alcohol-consumption among students through the National College Health Association’s annual survey and also addresses the issue of alcohol consumption on campus through its Alcohol Harm Reduction Advisory Committee.

No data was immediately available regarding alcohol consumption in the greek community at the UI specifically.

However, a December 2015 report from the NIH stated that “students attending schools with strong Greek systems and with prominent athletic programs tend to drink more than students at other types of schools.”

“In terms of living arrangements, alcohol consumption is highest among students living in fraternities and sororities and lowest among commuting students who live with their families,” the report said.

“[The pilot program] was our direct attempt at trying to make sure that we were honoring those chapters that were doing as we were asking them to do but also asking them to change the culture of the use of alcohol,” Shivers said.

Shivers said she has put together a team of 20 individuals for a Fraternity/Sorority life 2020 strategic plan. She said they will provide recommendations related to health and safety, peer accountability, continuous improvement, the assessment of programs and initiatives, and more.

The group members will develop recommendations throughout the fall and submit them to Shivers by December. Shivers said the recommendations will be implemented no later than Spring 2019.

Work on the strategic plan started at the beginning of the semester. It was not developed in response to these incidents.

“The University of Iowa has a rich fraternity and sorority life culture, and I will not allow the positive impact of most of the community to be overshadowed or undermined by the actions of a few,” Shivers said in her statement released Oct. 10. “Any chapter that refuses to abide by policies will not have a place on this campus.”

Julia DiGiacomo contributed to this report