Mahoney: The Importance of the 60-Vote Rule in the Senate 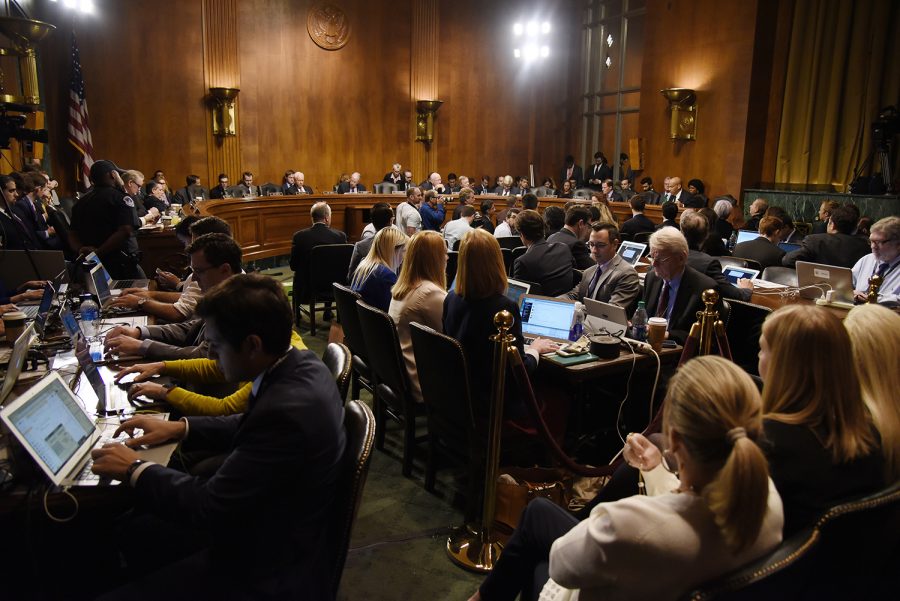 With the 2017 Supreme Court nomination of Neil Gorsuch, Republicans in the Senate toyed around a bit with the vote threshold necessary to confirm Supreme Court justices. Ultimately, the vote count was moved from 60 votes to 50 votes, a significant drop in the percentage of senators necessary to appoint someone to a lifetime position.

The fruits of the change bore their faces once again in the confirmation of Brett Kavanaugh, a highly controversial nominee for the nation’s highest court. The GOP (and one Democratic senator) were able to push the nominee through with a slim majority. In fact, only 50 senators voted in the affirmative (which was technically enough because only 98 Senators voted), meaning that only half of the Senate, not even a majority of all members currently seated, voted for Kavanaugh’s confirmation.

Now, let’s kind of talk about the 60-Vote Rule. Essentially, the rule states that for a Supreme Court nominee to get confirmed, the Senate MUST achieve 60 out of 100 votes in the affirmative. This ensures that it’s not just a political majority but a (usually) bipartisan majority that gets the job done. However, as I stated earlier, that rule was changed by the GOP in 2017.

This was a harsh political misstep and miscalculation on their part.

Majority Leader Mitch McConnell and the rest of the Senate leadership failed to recognize that they will, inevitably, be voted out at some point. It’s just how our system works. Republicans won’t be in power forever. And when this power exchange does happen, members of the GOP in the Senate wishing to block a Democratic nominee to the Supreme Court are going to really wish they hadn’t changed that rule. They will feel what Democrats in the Senate are feeling right now.

If McConnell wants to save his own behind, and that of his party, he should reconsider his decision and seek to reinstate the 60-Vote Rule. Not only does it make the confirmation process more bipartisan, making the Supreme Court just a little less of a political institution than it now is (though it was never meant to be), it would also re-establish that precedent that could help them to block nominees they are opposed to when they are in the minority in the future.

McConnell’s move was near-sighted, and he failed to see the big picture. He doesn’t have much time to change it. While I don’t think the GOP will lose the Senate this go round, it’s only a matter of time before Republicans get booted out of the majority and are forced to reckon with their rule changes but this time on the losing side.