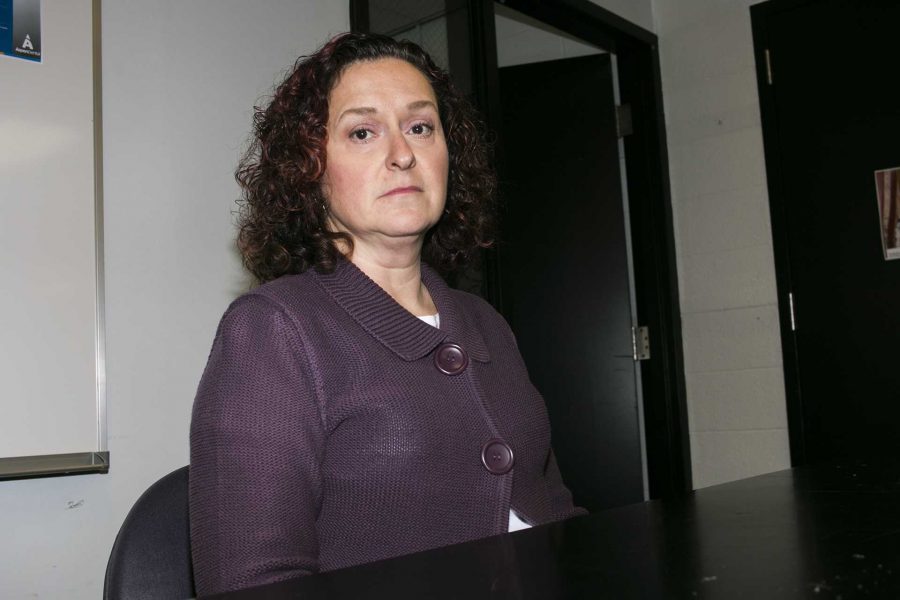 Annette Schulte sits behind her copy editing desk in the former DI newsroom in the Communications Center.

Eventually, DI editors got in touch with Keller at Van Allen when another reporter was sent to the scene, then headed back to the newsroom with information from Keller.

Then-DI Metro Editor Ann Hill, now a writer and researcher at SmartWorks Inc. in Wisconsin, said reporters filed into the newsroom as soon as word got around about the shooting.

“Reporters heard about the shooting and came in, wondering what they could do,” Hill said. “John and Bill were calling in from Denver, and Jim Arnold [’91 DI managing editor] came in, and we started figuring out what we needed to cover.”

As the night went on, the DI became a resource for media outlets across the country that were looking for the latest information.

“Other newspapers and places were calling in,” Hill said. “At one point, I was sitting next to Jim, and CNN called, and the two of us looked at each other, and I said, ‘That’s CNN, do you want to take it?’ ”

Arnold, now vice president of digital sales for Farm Journal Media in Kansas City, Kansas, said the shooting caused a lot of reporters to grow up quickly and become better journalists through the chaos that ensued in the newsroom as they tried to find out information for not only themselves but for national outlets.

“There were tears in the newsroom throughout the night,” Arnold said. “Some people knew the victims better than others. Mostly, we were pissed that this had happened. It was a dumb reason to take lives.”