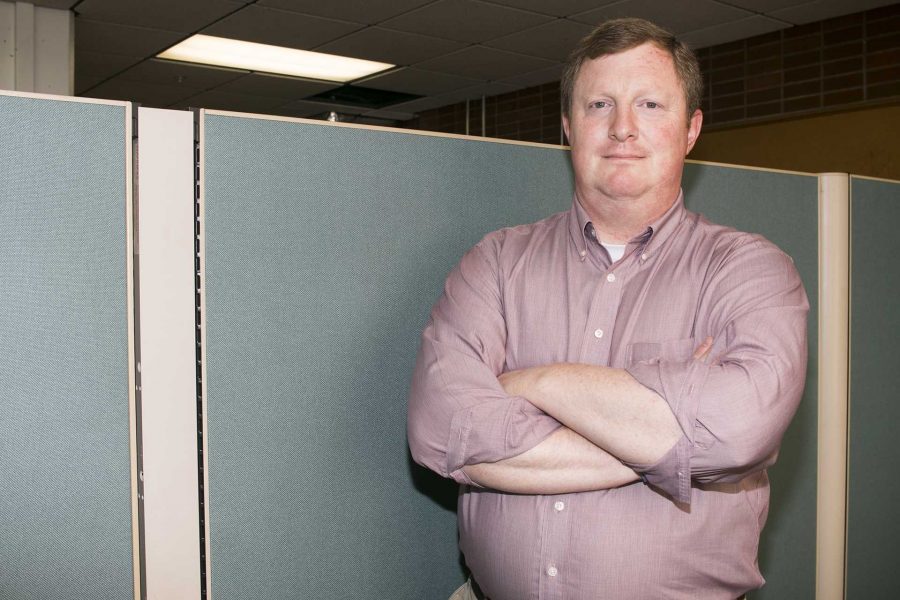 John Kenyon stands in his cubicle of the former DI newsroom in the Communication Center.

In Denver, then-DI Editor-in-Chief John Kenyon and then-Publisher Bill Casey were attending a national journalism conference. The two had arrived in Denver that Wednesday night. Casey called home to check in with his family that Friday evening. His young son, Will, answered the phone.

“Will picked up and I said, ‘How are you doing?’ ” Casey said. “And he said, ‘Oh, not doing very good. Mom called and told us to stay in the house, someone is killing people on campus.’ ”

Casey recalls hanging up with his son and trying to call the newsroom, but every phone line was busy. He went to find Kenyon.

“If there was significant news, you printed an extra,” Kenyon said. “This was pre-internet. No smartphones, no texts, no email. You saw it on TV news, heard it on the radio, or read it in a newspaper.”

For Kenyon, a young student editor with a young staff of college students who is now the director of the Iowa City UNESCO City of Literature, the hardest part was not being in Iowa City.

“I felt helpless,” he said. “I was hundreds of miles away, and I couldn’t do anything but call on the phone. It was really hard to digest, but they [DI staff] were a dedicated team of people who knew what they were doing.”