After Botchway’s resignation from the Iowa City City Council seat in July, Bruce Teague has won the open seat. 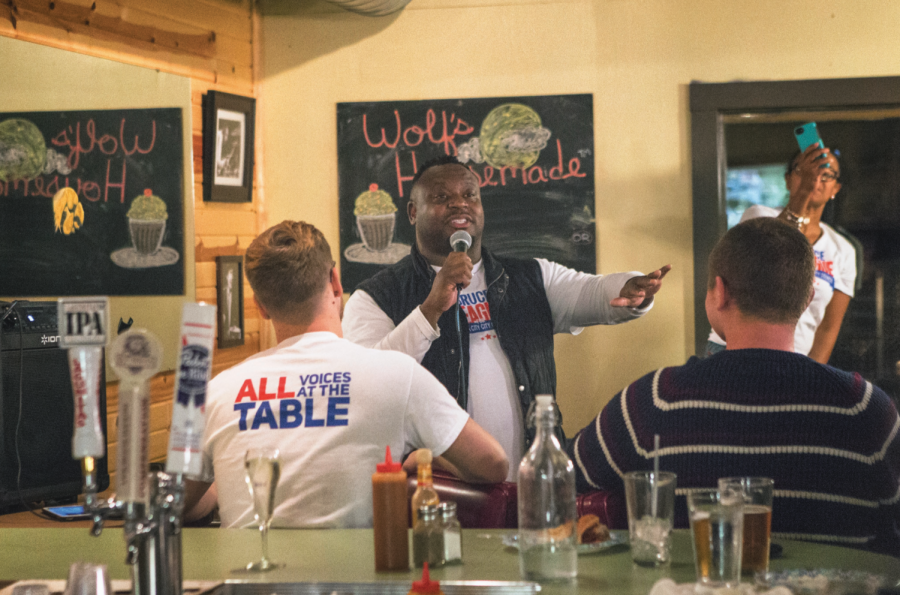 After a month-long campaign, Bruce Teague has won a seat on the Iowa City City Council.

“I am looking forward to tomorrow morning and starting right away with the hard things we have to do with this city,” Teague said. “Because this is a great city, and with me on the City Council, your voices on the City Council, we’re going to make Iowa City the greatest in the United States of America.”

Freerks and Teague were elected to continue their bid for city council in the Sept. 4 primary election.

The special election saw a 9.03 percent voter turnout, with 4,195 votes submitted from the 46,461 registered voters. Johnson County Auditor Travis Weipert said that turnout numbers were as he expected.

“We think we’re going to see a turnout similar to the primaries,” Weipert said. “With the November election coming up I think [turnout] is better than expected, and after having the primary in September, you worry about voter fatigue.”

Weipert also said that he predicts a record high turnout for the midterm elections in November due to the current political climate.

Bruce Teague moved to Iowa City at 17 years old and attended Kirkwood Community College and the UI. Teague made the transition alone, without his parents, and found a family in the Iowa City community.

“This city has raised me. I worked at Iowa City Hospice when I was 19 years old, so I worked with families in the community at such a young age,” he said. “Going to high school here and meeting local families, that made a huge difference in my ability to fall in love with this city.”

Teague currently staffs 83 people in his business, Caring Hands & More, which provides in-home services for residents of the Iowa City area. Teague has volunteered with United Action for Youth and said that his lived experience uniquely prepares him for public service.

“I’m really diverse. I don’t know if you know this, but I’m black,” Teague said. “So I do have this minority experience. I am also a gay man, so I know what it is to live in groups where your voice is silenced.”

Ann Freerks worked for the Iowa City Planning and Zoning Committee for 17 years, where she championed the development of the Riverfront Crossings district. Freerks is an Iowa City native and a University of Iowa alum.

“I want to thank everybody for coming out and voting,” Freerks said. “It was a lot of work for a lot of people, but it was really great to reconnect with the community, and I wish Bruce the best.”