Researchers at the UI have found that premature boys and girls brains’ development differently. 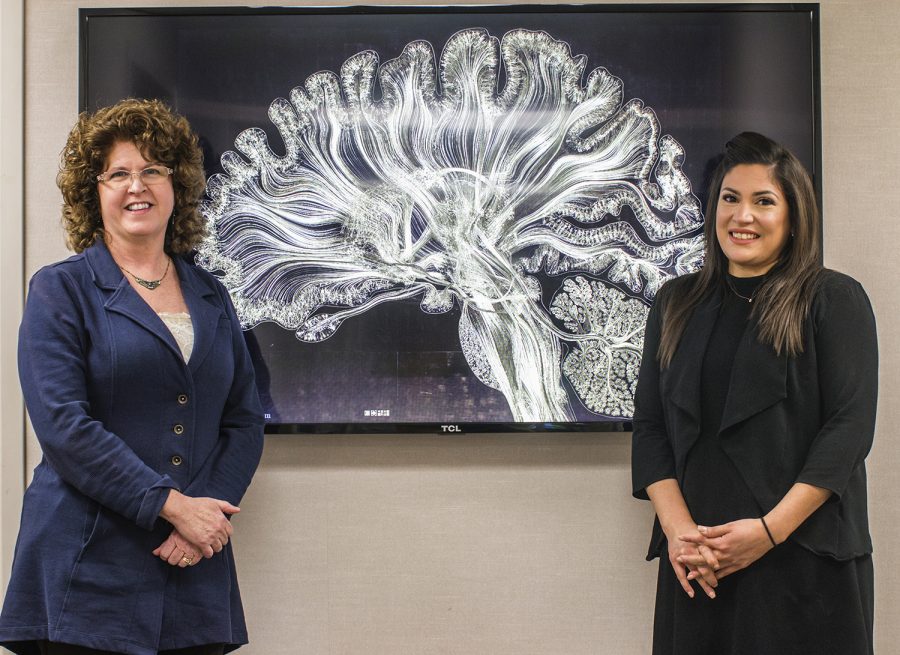 From left: Dr. Peg Nopoulos and Dr. Amanda Benavides pose for a portrait in the University of Iowa Hospitals and Clinics on Wednesday, Sept. 26, 2018. The duo conducted research for the Psychiatry Iowa Neuroimaging consortium on the differences between the brain activity of premature male and female babies.

A study done by researchers at the UI Carver College of Medicine examining the brains of premature boys in comparison with those of premature girls was published on Sept. 19 in the journal Pediatrics Research.

The research was conducted through doing magnetic resonance imaging scans of the babies’ brains, asking the babies’ parents questions about their development, and observations from the time of birth. The researchers also looked at brains of infants born at term to compare brain matter at different stages of development.

UI Professor Peg Nopoulos, the chair of psychiatry and one of the leaders of the study, said that when doing the research, scientists paid attention to factors that occurred at the time of birth. They looked at how premature the infants were, how sick they were, if they were on respirators, and if they had infections.

Edward Bell, a UI professor of pediatrics, said depending on how premature babies are determines if they need an IV, an artificial form of feeding, or medicine. The earlier babies are born, the more care is necessary.

“Most premature babies aren’t going to have any major developmental problems,” Bell said.  “They’ll reach milestones later; if a baby is born four months early, they look at growth and development at 1 year and compare it to the development of an 8-month-old.”

The brain size of premature boys is different from that of girls, Bell said. Boys develop more slowly than girls do, when looking at prematurity; a girl born at 35 weeks would compare to a boy born at 34 weeks.

“I would say the study will be really important,” Benavides said. “There have been many studies looking at the brain mostly throughout childhood, adolescents, and adulthood. There is a void early in development of brain scans.”