A new program, which has collaborators from agricultural centers across the Midwest allows people who have had injuries or fatalities from farming accidents to share their stories. 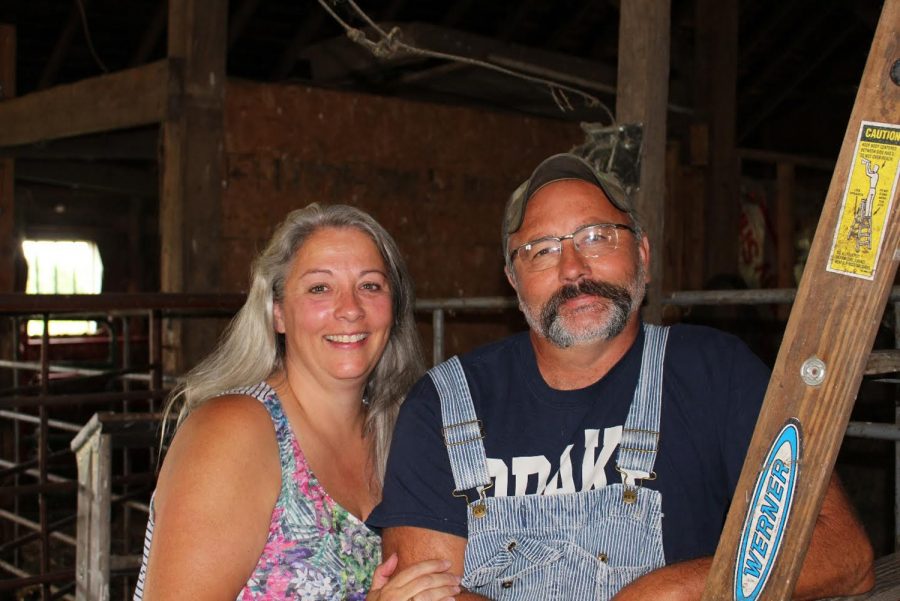 Rick and Juan Friday of Lorimor, Iowa shared their story with Telling the Story Project. Rick fell 10 feet from a ladder and broke his ribs.

In order to help prevent farming-related injuries and fatalities, University of Iowa researchers have implemented a new project.

The project allows people who have been affected by farm accidents to share their stories so that others can be more aware of agricultural dangers.

After working for the Iowa Fatality Assessment and Control Evaluation Program, which investigated work-related fatalities, Great Plains member Stephanie Leonard said she discovered that a large number of the injuries were agriculture-related. She and a colleague from the National Farm Medicine Center discussed how personal stories could be shared in order to spread awareness and hopefully lead to prevention.

“Pretty much everyone affected by a tragedy or a serious injury makes a similar comment to the effect of ‘If this information can help someone else avoid what we went through, we want to share our experience,’ ” Leonard said.

Leonard, who grew up on a farm, shared her story for the project about breaking her wrist in an accident with a ladder.

The Telling the Story Project website features a number of stories from farmers who have sustained serious injuries. As of now, eight stories, including Leonard’s, are featured on the website. The stories vary in both content and severity; some discuss major injuries or subsequent illnesses from farm work, while others touch on fatalities.

“Talking about injuries, learning what went wrong and how to avoid the same scenario, helps people be more aware of risky situations and hazards,” Leonard said. “Hearing or reading about someone’s personal experience and how they were affected days, months, or years later has some sticking power. They are compelling and easy to relate to.”

Brandi Janssen, the director of the UI Center for Agricultural Safety and Health, said sharing stories from the incidents is a great way to encourage others to be advocates for farm safety and to be more aware of the dangers in agriculture.

“This model of interviewing people and recording their narrative accounts of events, then packaging them and sharing them with others, can be effective in a lot of different communities and settings,” Janssen said. “As students think about how to be change-makers and influence social systems to be safer, healthier, more sustainable, or any number of things, using a storytelling model could be a good approach.”

In 2010, the Bureau of Labor Statistics reported that agriculture ranked third in recorded injuries, following the health care and warehouse/transportation industries.

Data from the Iowa Department of Public Health Occupational Health Safety Surveillance Program also show that while agriculture makes up 5 percent of the state’s workforce, farm workers sustained 32 percent of occupational injuries between 2009 and 2013.