Nite Ride has begun several initiatives to improve wait times and the overall flow of their operation. These initiatives are facilitated by an application developed by the UI ITS department. 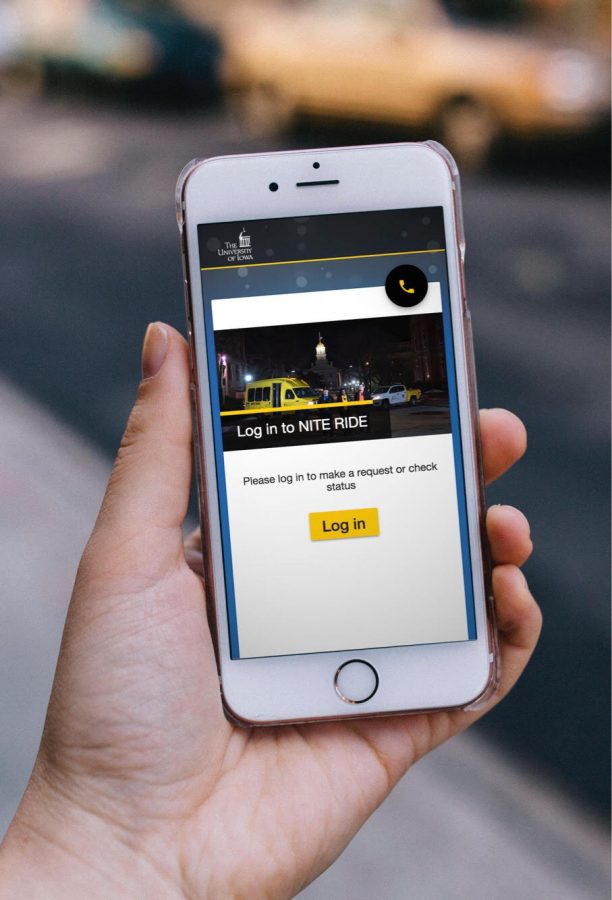 The University of Iowa Public Safety Department has made several improvements to its Nite Ride program to reduce waiting times.

“Beginning in fall 2016, Nite Ride was available to all students,” she said. “That is also when we switched to our first app, which was a third-party app called TransLoc Rider. In March of 2018, we switched to an app we worked with ITS to build in-house.”

The new app adds more interaction to the service on both the driver and passenger sides of the operation, Bruce said. It includes an approximated timer and map and eliminates the interference resulting from the shortcomings of the previous app.

“With the previous app, the algorithm was a big issue,” security supervisor Beau Hartsock said. “The way it had you drop off and pick up people when there were numerous riders was very inefficient, causing sometimes hour or hour-and-a-half waits to get picked up. Things didn’t work out with the previous developers, so we approached Information Technology Services for a new app to put more of a human element in it.”

Now, drivers have iPads, which can be used to select riders based on their geographic proximity to the vehicle mounted on their dashboards, Hartsock said. This allows for more efficient pickup and drop-off times and for the drivers to use their judgment about pickups.

“With the old app, it would tell you who to pick up and give turn-by-turn instructions. People would wait a long time, especially on the West Side,” student security supervisor Liz Monroe said. “With the new app, we can now pick who we want to pick up depending on where they’re at or where they’re going.”

While Public Safety representatives say the app has worked very well, they noted it is not without shortcomings.

“With the new app, it doesn’t really tell you where to turn,” Monroe said. “It just gives an overall map, so it relies heavily on the drivers to know where they’re going. But you can always use Google maps, too.”

The app is still in development, Hartsock said. The plan is to add turn-by-turn direction and mimic popular ride-share apps such as Uber.

To further handle the problem of waiting times, the organization will also use several more vehicles. Currently, the service has a bus and two pickup trucks in service. Avan is currently being outfitted, another van being is purchased, and a bus coming in December.

In addition to the technological improvements, Nite Ride will also expand on the types of services it offers. Starting with the launch of the new app, Nite Ride now offers the option of an express pickup for $1.