By a 6-0 vote, the Iowa City City Council OK’d the Climate Action and Adaptation Plan on Tuesday. 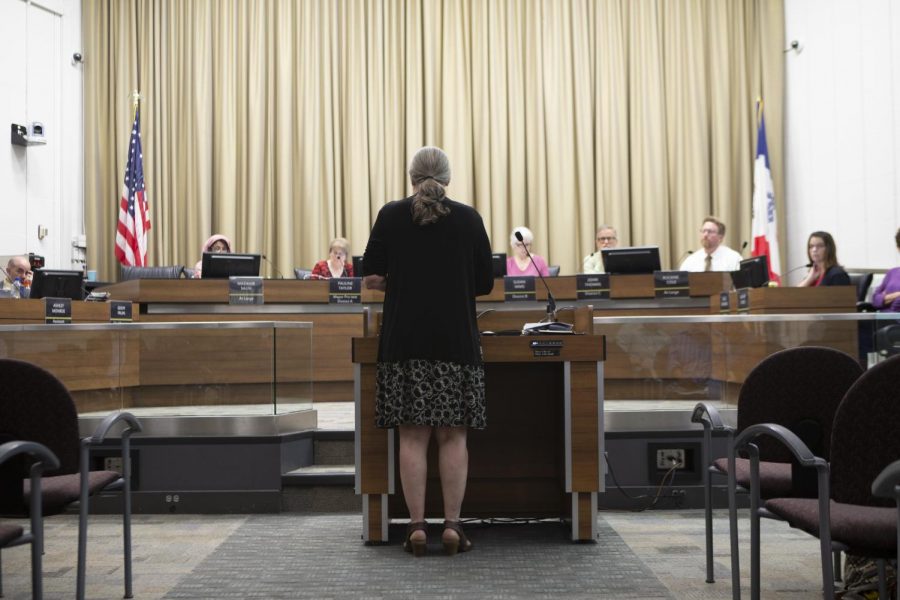 The Iowa City City Council approved the Climate Action and Adaptation Plan on Tuesday by a 6-0 vote to help the city adapt to a changing climate.

The council had requested the development of the plan to meet targets for greenhouse-gas reduction for the years 2025 and 2050. The council also appointed a committee of community members to work toward completing the plan, which includes 35 actions to meet reduction targets.

The actions comprise five categories: buildings, transportation, waste, adaptation, and sustainable lifestyle. Although the council has previously approved emission-reduction goals of 26 percent to 28 percent for 2025 and 80 percent for 2050, the full plan had not been adopted before Tuesday’s meeting.

Some of the 35 actions in the plan include increasing use of public-transit systems, creating a comprehensive waste-management plan, encouraging a plant-rich diet, and analyzing climate-related public-health effects.

“It is important that one result of the plan is that it prepares everyone — not just some people — for successfully coping with and adapting to a changing climate while simultaneously reducing our emissions,” the plan states. “The plan is organized by both simple and complex actions to take with respect to buildings, transportation, and waste, as well as next steps toward the adoption of a more sustainable lifestyle.”

Iowa City sustainability coordinator Brenda Nations noted that the plan has been a long time in the making, and she said she is excited to see the plan implemented on a city level.

“The goal for the plan was to come up with actions that could reduce our short-term emissions goals and our long-term emission goals, and so these actions that we have put in the plan are able to do that exactly if we implemented them,” she said.

Nations said that in 2015, which is the most recent data available, Iowa City generated 987,735 metric tons of CO2e (carbon-dioxide equivalent.) This is a 23 percent reduction from the 2005 baseline, and Nations said she hopes the trend continues to meet 2025 and 2050 reduction goals.

City councilors praised the plan and discussed how committees would be formed in the future to ensure the plan would be fulfilled.

“I would like to see a staff person dedicated to implementing this policy so we get these reductions,” City Councilor Rockne Cole said. “Yes, there are a lot of variables that we can’t control, but there are a lot of variables we can control. We need to feel a greater sense of urgency. We’re living through 95-degree September days, and we’re seeing flash flooding in our streets.”

Iowa City Mayor Jim Throgmorton said he has been taken aback by the community support for the plan.

“Mainly what I want to do is praise the staff and the steering committee for the terrific work they have done on this project,” he said. “You put a lot of time and energy into this, and the results show, especially with regard to your recommendations.”