Pentacrest Garden developers push for additional height on their buildings

The Pentacrest Garden project was approved for rezoning last week. However, the developers are pushing for an additional seven stories of height. 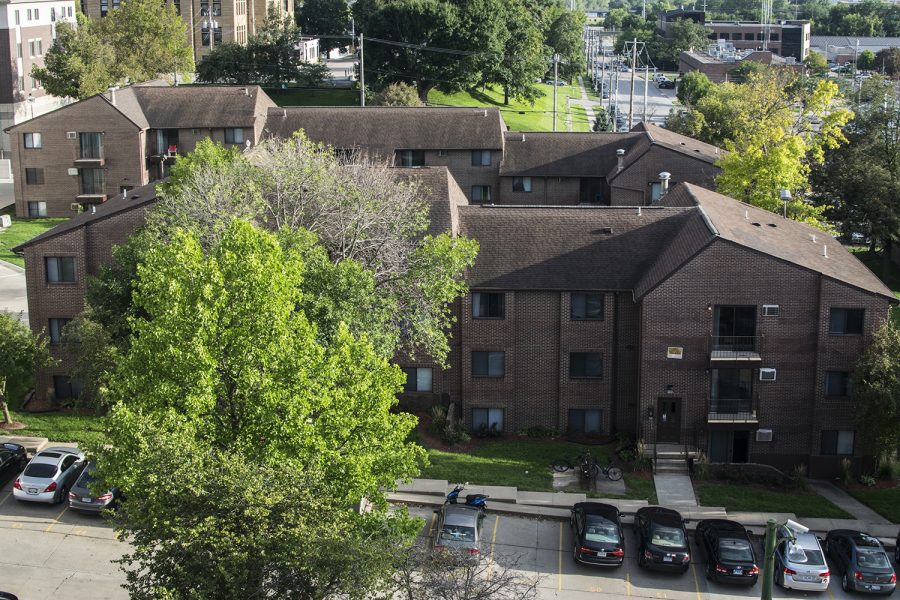 After months of meeting between the council and developers, the Iowa City City Council last week unanimously approved the rezoning of the Pentacrest Garden project, which could expand student housing.

Pentacrest Garden is a three-story apartment complex built in the 1970s that sits across Burlington Street from the Old Capitol Town Center parking ramp. The developers and owner of the property were given the green light to build a new four-building complex with each building rising to eight stories.

Decker said the complex would be 1,000 units. He estimates this will be capable of holding up to 2,000 residents when completed if the full 15 stories are approved.

“When the council approved the rezoning, the developer could build eight stories and four buildings. In order to get above eight, they have to go back,” City Manager Geoff Fruin said. “The developer will submit plans. The Planning Department will review and pass on with recommendations to the Zoning Department, which both offer their approval. Then it will go to City Council.”

The building is now approaching the design phase. Currently, Decker and his team are putting together relevant information to continue presenting to City Council. Once these are approved, which could take months, the design process can then begin.

“To design something really fast on this large of a scale, it could take 18 months,” Decker said. “Realistically, we are looking at a good two years, maybe a little more.”

Decker said some of the planning is still up in the air.

“The intention is not to level the existing sites and throw up the buildings,” he said. “We may tear down two of the buildings while still designing the other two. Overall, I would estimate two years of design and two to three of construction.”

Decker, the property’s owner, and his team are discussing how to close the leases for existing tenants. Decker guessed most of the leases would be unavailable for renewal starting August 2019.

There is enthusiasm among major voices in the city about this project. Nancy Bird, the executive director of the Downtown District, advocated for the rezoning approval along with the organization’s board of directors.

“One thing that is very important in the development is to get the sidewalk and front of building to the street,” Bird said. “Good design for pedestrians is important to the project as it moves forward.”

Bird sent a letter of support and recommendations for design to the City Council, which was signed by the Downtown District Board of Directors. This letter stressed the importance of pedestrian-oriented design, a robust management plan, weighing of the public benefits, communication with the developer, and the establishment for input from the Downtown District.

More developments regarding the approval of the 15-story designs will come in subsequent months.