Mahoney: Grassley needs to maintain precedent with his court hearings

Sen. Chuck Grassley, R-Iowa, the Senate Judiciary chairman, established precedent on hearings in 2016, but appears to be changing his mind. If he is, he needs to pick one, and stick with it. 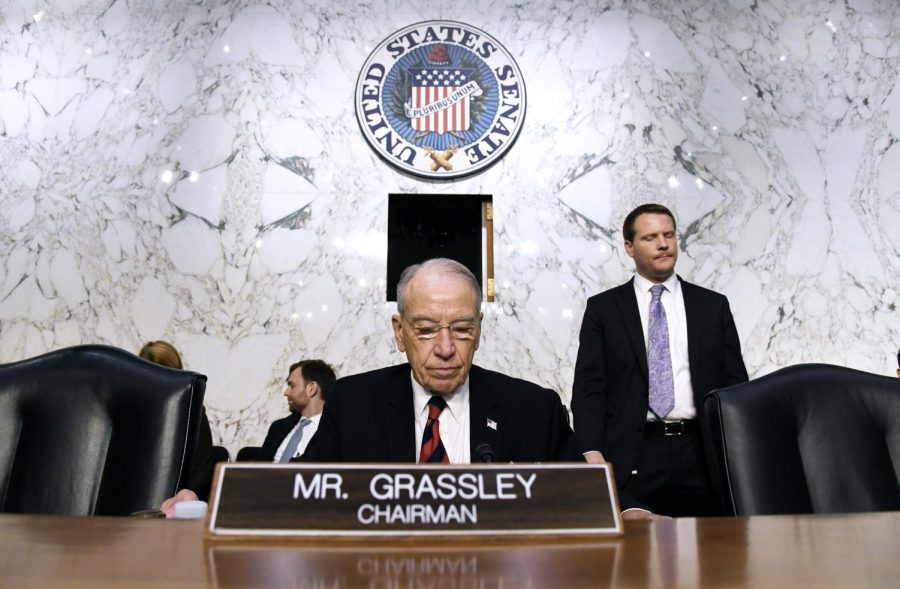 After the retirement of Supreme Court Associate Justice Anthony Kennedy, President Donald Trump nominated Judge Brett Kavanaugh to replace him. In order for Kavanaugh to become a justice, he must receive the blessing of the Senate Judiciary Committee, which is chaired by Sen. Chuck Grassley, R-Iowa, and then be approved by the Senate.

However, if you have been watching Grassley in recent years, you may be wondering, “Why are we having these hearings now?” Well, so am I.

In 2016, President Barack Obama nominated Judge Merrick Garland to the high court, but Grassley refused to hold any hearings on the nomination. At the time, he said, “It only makes sense that we defer to the American people who will elect a new president to select the next Supreme Court justice.” However, when 2018 (a midterm-election year) rolled around, and Trump nominated his candidate for the Supreme Court, Grassley picked it up and is holding hearings on the nominee.

Now, here’s the deal. As I said earlier, filling a Supreme Court vacancy is a two-part job. It requires the nomination from the president and the vote of the Senate. As such, if Grassley wanted to wait for the will of the people in 2016, why isn’t he doing so now?

Now, I’m not saying that I want Grassley to wait. I was not able to watch ALL of the hearings, but what I did see, I thought Kavanaugh was scholarly. I thought he was someone who held precedent in high regard, and someone who would be a pretty OK justice. However, I am saying that if Grassley wanted to establish this kind of a precedent, it should be applied to ALL election years in which we have a say on who helps to get the seat filled.

Grassley said he was following precedent, but that’s not really true. According to an article by PolitiFact, the reason that presidents haven’t made nominations during election years was simply because there historically weren’t many vacancies. It was not because they wanted to wait to see what the people had to say, it was because there simply was not a seat to fill.

I do have another quick side-note: If anyone has watched any part of the hearings, I think this is a good example of what Sen. John McCain talked about when he said we need to work together. When it appears that Republicans are bowing down to Kavanaugh, and Democrats are ripping him to shreds, that’s when we should know something needs to change. Just thought that was important to share.

So, If Grassley has decided that he wants to change his mind on precedent, he should let us know. The president and the Senate play a role in the Supreme Court justice selection, and that precedent should be applied to both, if that’s what Grassley wants to do.