Where the Big Ten stands after Week 1 of college football

Penn State and Ohio State might be ranked, but that doesn't mean that everything always comes easy for them. 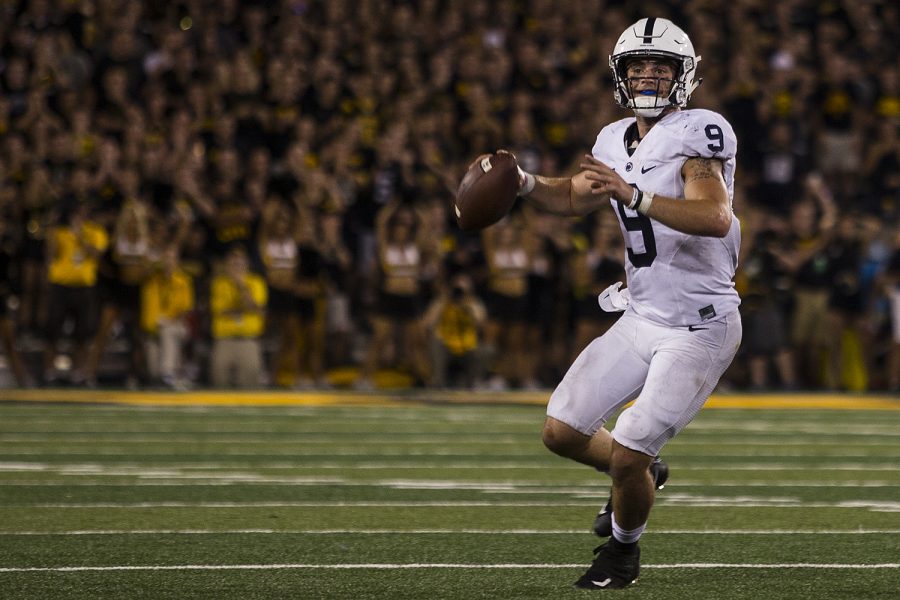 Penn State and Ohio State might be ranked, but that doesn’t mean that everything always comes easy for them.

The Big Ten had a fairly predictable first week.

Illinois has one win under its belt, Iowa woke up during halftime to run over Northern Illinois, and Wisconsin did what Wisconsin does. Of course, Week 1 is going to contain a couple rusty performances, but for the most part, a win is a win.

Among the best in the conference, however, was a struggle that could indicate problems to come for some with eyes on the College Football Playoffs. The seemingly easy first-week opponents stepped up and created a problem for the Big Ten’s most problematic programs.
Penn State is 1-0 … barely
Things got a little too close for comfort for the start of the No. 10 Nittany Lions’ season.

Appalachian State put up a fight against Penn State, going into halftime tied at 10. After falling behind, 24-10, the Mountaineers put up 28 points in the fourth quarter and took a late lead near the two-minute mark.

The Nittany Lions scored as they do best, late and with the game on the line, to save face in overtime for a 45-38 win. Listen closely for the exhausted, disappointed sigh from the rest of the conference.

If I’m a top-10 ranked football program, that’s not the start I’m looking for.
Ohio State scored how many points?
One week, the headlines around the state of Ohio were about a mere three-game suspension for coach Urban Meyer, and the next week, they were about Ohio State scoring 77 (yes) points in one game. The Big Ten is something else.

Oregon State had a rough go at football in Week 1, facing the No. 5 Buckeyes. The Beavers traded touchdowns with their counterpart in the first five minutes of the game, but that was as close as it got.

Ohio State scored more points in the first half of its game (42) than all but two other Big Ten team in their entire respective games (Minnesota, 48, Penn State, 45).

A Pac-12 opponent was exactly what Meyer ordered — even though the win came in his forced absence — for the Buckeyes to show off their power to start the season. It’s too bad it came so close to the scandal. Otherwise, the conference might have had some respect left for the Buckeyes.

Nevertheless, Ohio State isn’t in a bind with its new quarterback. Dwayne Haskins threw for more than 300 yards in his début, and obviously, there was no lack of touchdowns.

On the defensive side, however, things might be a tad rough for Ohio State. Oregon State scored 31 points — 17 in the third quarter — in the loss. To put it in perspective, the Beavers gnawed off more than that twice last season, and only won one game. That’s promising for the Beavers, but pretty worrisome for the Buckeye loyalists.

If Ohio State goes up against a team that offers a legitimate defense, then Meyer is probably going to have a big problem on his hands. But he should be used to that by now.