UI experiments on board NASA’s trip to the sun

UI faculty and a graduate student are involved with NASA’s historic Parker Solar Probe to the sun. It is predicted to be the fastest human made object and will reach seven times closer to the sun than ever before. 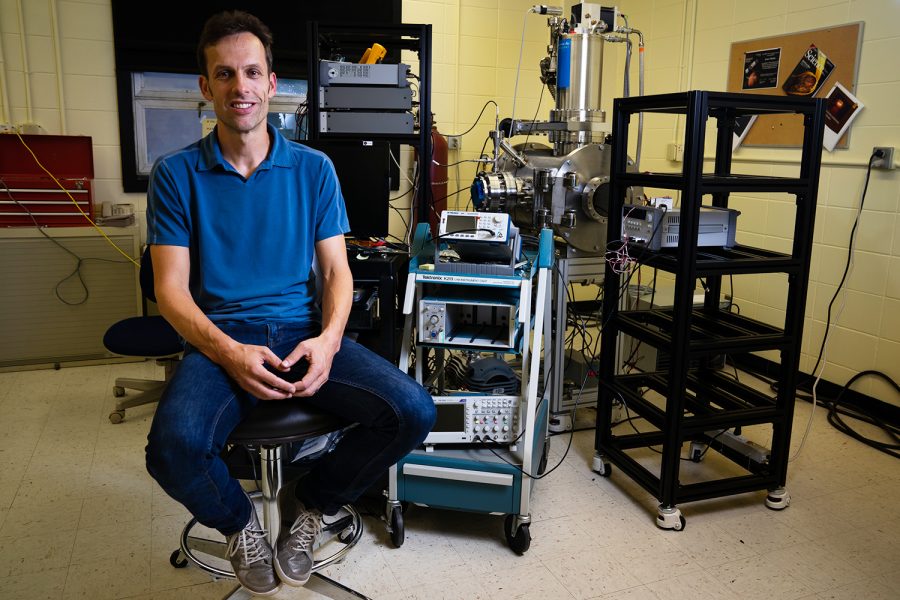 Jasper Halekas poses for a portrait in his lab in Van Allen Hall on Friday, August 24, 2018.

A NASA spacecraft launched two weeks ago will nearly reach the sun — with University of Iowa technology and experiments on board.

The Parker Solar Probe took off on its trip from Cape Canaveral on Aug 12. It will take around seven years for the spacecraft to reach its destination, an estimated 3.8 million miles from the sun. It will fly by Venus seven times on its way.

“We’re going to get closer to the sun than any other human-made object has ever gone before,” said UI Associate Professor Jasper Halekas, who has worked on the mission for 10 years. “In fact, about seven times closer than the previous record holder.”

Halekas said the spacecraft’s reflective heat shield will have to withstand temperatures of 2,500 degrees Fahrenheit. It will also travel nearly a half million mph on its closest approach to the sun, making it the fastest human-made object by a wide margin.

UI graduate student Daniel McGinnis, who works with the electron and ion detectors of the SWEAP instrument, said scientists are especially interested in figuring out how the sun heats its outer layer, or corona, millions of degrees hotter than its surface, how solar wind is accelerated to supersonic speeds, and how solar activity produces the storms of energy particles observed on Earth.

The UI faculty and the student are involved with an instrument on board known as the Solar Wind Electrons, Alphas, and Protons, which gathers crucial information about particles from the solar wind.

However, unlike a camera, he said, the instrument uses lenses from electric fields instead of glass.

Associate Professor Gregory Howes said he does “theory and numerical simulations to understand how the [solar wind particles] are accelerated and how the solar corona is heated.”

“We don’t fully understand how that happened,” Howes said. “This is one of the most longstanding unsolved problems about the sun.”

Halekas said the solar wind, or “space weather,” also has implications on Earth. The energy from the sun can interfere with satellites and electrical systems on the ground.

“I think these types of missions are worthwhile just for advancing our general scientific understanding,” McGinnis said in an email to The Daily Iowan. “It’s really counterintuitive and thus very intriguing … figuring out this and the other Parker Solar Probe mission goals will increase our understanding not only of how our sun but all stars work.”