Cristhian Bahena Rivera, the undocumented immigrant charged with the murder of UI student Mollie Tibbetts, made his first court appearance in Poweshiek County on Wednesday. 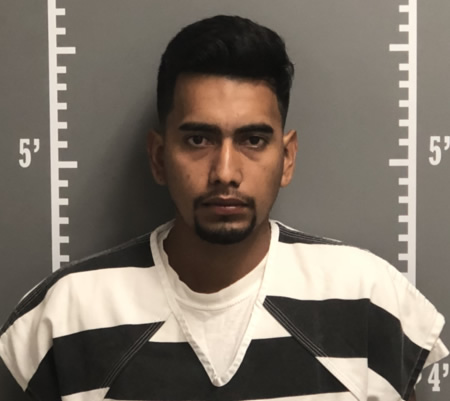 The man charged with the slaying of UI student Mollie Tibbetts made his initial appearance in court on Wednesday at the Poweshiek County Courthouse in Montezuma, Iowa.

Cristhian Bahena Rivera, 24, was charged with first-degree murder in the death of Tibbetts, who went missing from Brooklyn, Iowa on July 18.

Rivera’s lawyer, Allan Richards, asked the court Wednesday for private court proceedings, which would keep journalists and members of the public out of the courtroom.

Richards said members of “the highest levels” of government and the media have acted inappropriately, which could “make it impossible” for Rivera to receive a fair trial.

The judge set Rivera’s bond at $5 million cash only. If released, Rivera wouldn’t be allowed to leave Poweshiek County.

Authorities at Tuesday’s press conference in Montezuma said Rivera got out of his car while Tibbetts was on a run and ran beside her, abducting and killing her. He then dumped her body in a cornfield in rural Poweshiek County, covering her body in corn stalks. Rivera led authorities to Tibbetts’ body on Tuesday morning.