While Iowa’s federal offices may see a shake-up in November, in-line with the predicted 'Blue Wave,' the state offices may not see much of a change. 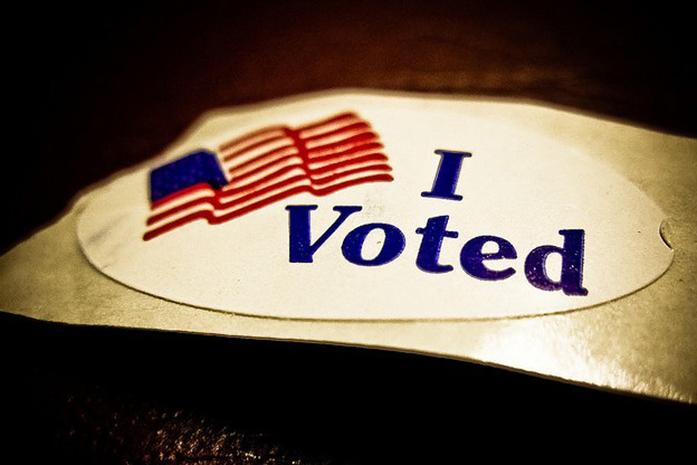 It is 2018, and we are approaching election season once again. However, this year feels a bit … different. According to RealClearPolitics, President Donald Trump’s job approval is at just 43.6 percent on average. With a low approval rating, and the precedent that the party in the White House loses seats in Congress, it looks like a good year for the Democrats.

While this may look to be the case, it’s important to remember that every state is different, and what may happen on the national level may not necessarily translate to the state or local level. In Iowa, it could signal trouble for Democrats trying to flip the governor’s office and other state offices.

The same trend is shown in Johnson County, with a small increase for active Democrats, a small decrease in active Republicans, and a swell of no-party voters. This can be interpreted to say that while national press coverage indicates a “Blue Wave” is happening nationwide, it may not be happening as strongly in Iowa, at least not in voter registration.

The other thing to note is the way Iowans are reacting to this new political era is quite different on the federal scale from what it is at the state level.

In federal races, the Cook Report ranks Iowa’s 2nd District (Demoratic Rep. Dave Loebsack’s district) to be solidly Democratic, with Larry Sabato’s Crystal Ball in agreement. However, both of these sources also rank Iowa’s 1st District (GOP Rep. Rod Blum’s district) and Iowa’s 3rd District (GOP Rep. David Young’s district) as tossups, though each of these representatives won his 2016 elections by more than 7 percentage points. Even Iowa’s 4th District, the most conservative district in the state, home to Rep. Steve King, Sabato shifted it from “Safe Republican” to “Likely Republican.” These relatively radical shifts are likely; people see the House of Representatives as a check on President Trump because, well, actually, that’s exactly what the House is.

However, the Iowa governor’s race is a little bit different. While it is ranked as a tossup, there is an advantage for Gov. Kim Reynolds. She holds some status as the incumbent governor, albeit an unelected incumbent. Incumbents generally have success getting re-elected.

In fact, the only poll that has been released between Democrat Fred Hubbell and Reynolds (from the Des Moines Register) gave Reynolds a 5 percentage-point advantage. That poll was conducted in January, so there were still plenty of undecided voters.

However, RealClearPolitics ranks the race “Lean Republican.” Not only that, but the likelihood of Democrats being able to flip the 10 seats necessary to flip the state House is unlikely, and turning the state Senate is equally unlikely.

So, while the “Blue Wave” is likely to affect the U.S. House of Representatives, from an Iowa perspective, that’s probably all that will change.

Could we see a new Democrat governor? Perhaps but not highly likely. Will we see a complete 180 in Iowa’s state offices? No, likely not.

Iowans recognize that the state offices are not a check on the president and that they need to be looked at as completely different races from the U.S. House. That’s exactly how it should be.