Cristhian Bahena Rivera has been charged with the first-degree murder of 20-year-old Mollie Tibbetts, who has been missing since July 18. 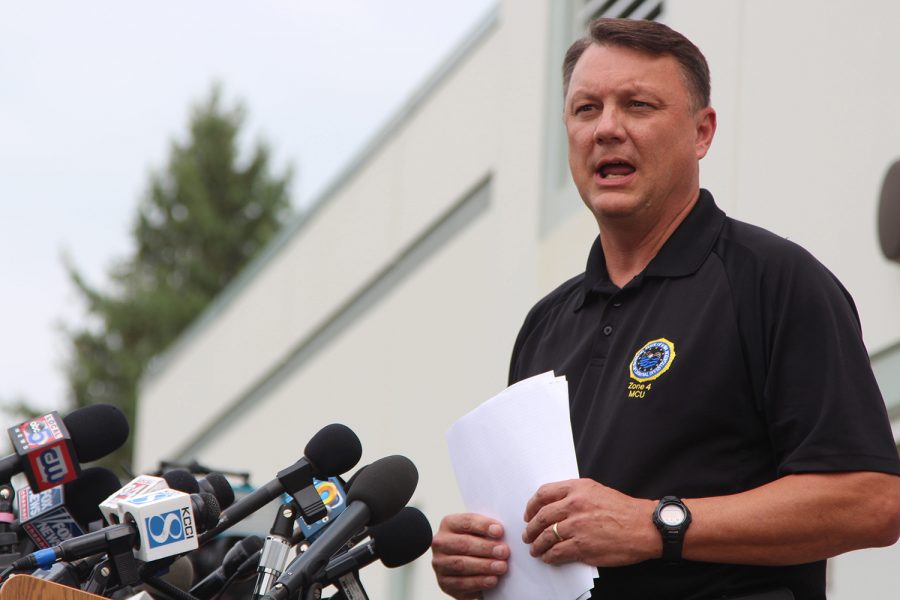 Department of Criminal investigation Special Agent in Charge Richard Rahn speaks at a press conference regarding the case of UI student Mollie Tibbetts’ death in Montezuma, Iowa, on Aug. 21, 2018. Tibbetts’ body was found in a cornfield outside of Brooklyn, Iowa, and a first-degree murder charge has been filed.

MONTEZUMA, Iowa — Authorities have filed a first-degree murder charge against an undocumented immigrant who was residing in rural Poweshiek County in the case of Mollie Tibbetts’ death.

Cristhian Bahena Rivera, 24, is being held in the Poweshiek County Jail on the charge. Rivera was employed and resided in Poweshiek County for four to seven years, Iowa Division of Criminal Investigation Special Agent in Charge Richard Rahn said at a press conference in Montezuma on the afternoon of Aug. 21. Rahn said he believes Rivera is originally from Mexico.

On the morning of Aug. 21, authorities found a body that they believe was Mollie Tibbetts’ in a cornfield in outside of Brooklyn, Iowa, with cornstalks covering her.

Rivera told investigators he saw Tibbetts running on the evening of July 18, approached her, and started running with her. Tibbetts told him to leave her alone and threatened to call police if he didn’t. Rivera then blacked out, he told investigators, and does not remember anything until he came to an intersection in his car. He realized Tibbetts was in the trunk of his car, and he dragged her into the cornfield. Rivera then led investigators to where her body was.

Investigators discovered Rivera was the last person who saw Tibbetts running by reviewing security footage from a Brooklyn local. The car that Rivera was driving was seen on the video.

Tibbetts, a 20-year-old University of Iowa student who went missing on July 18 from Brooklyn, would have started her junior year at the UI on Monday. She worked at the Eckstein Medical Research Building Café and was involved with Dance Marathon. Missing posters have filled the windows of Iowa City businesses around town for the past month, and the progress of the search for Tibbetts has been reported around the nation.

Tibbetts was last seen jogging in Brooklyn on the evening of July 18 while dog-sitting for her boyfriend. She was reported missing the next day when she did not show up for work. Her boyfriend, Dalton Jack, received a Snapchat message from Tibbetts the night she went missing. He knew that something was wrong when she didn’t reply to text messages that next morning. Friends and family all said her disappearance was out of character.

The DCI and the FBI joined the search for Tibbetts a few days after she disappeared. During the search, false spottings were reported in Kearney, Missouri, and Marion.