After three months of postponement and a long discussion Tuesday night, City Council approved the rezoning of the Pentacrest Garden Apartments area. 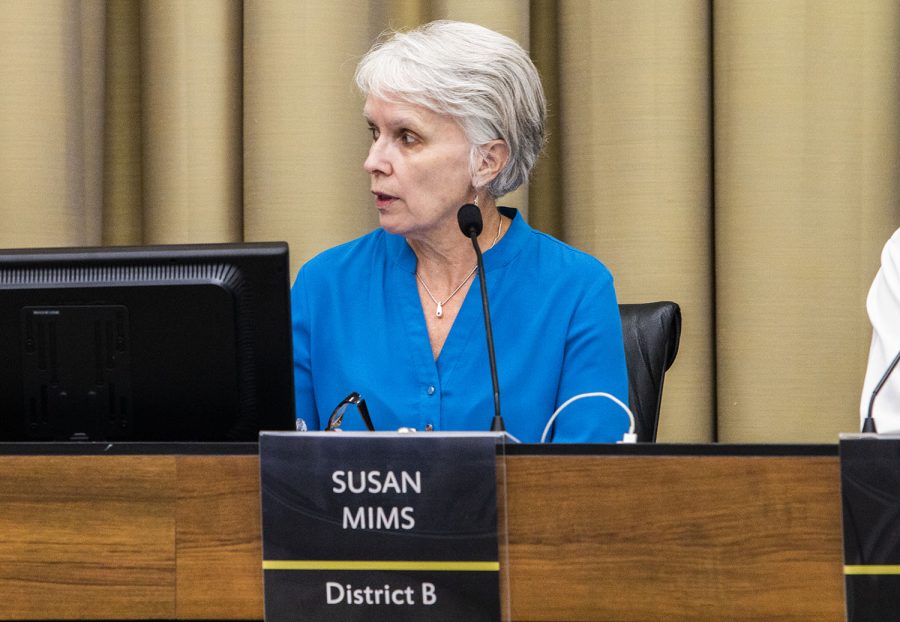 The project proposal consists of four buildings with up to 15 stories each — approximately 1,000 student-oriented units. The project, proposed by Apartments Downtown and Apartments at Iowa, would be located on 12 E. Court St.

The proposed location is a high-density multifamily zone, which prevented developers from building upward. Rezoning the area to a River Crossings District was the first step the developers needed to take so they may add up to eight stories. Potentially, a bonus seven stories can also be built if the project aligns with the city’s plan for the overall area.

The council deferred a decision three times over the past several months to add conditions that would ensure the project complies with the city’s master plan for the proposed area.

Mayor Jim Throgmorton said the council had some concerns about the language in the Conditional Zone Agreement. The council was initially at an impasse, with three members in favor and three opposed.

The project’s developers worked with the city to find language that was mutually agreeable, addressing concerns such as timing, the building and design’s footprint, a courtyard between the two eastern buildings and Voxman, and whether the there was enough urban design and student housing expertise.

Mims expressed frustration with how long the rezoning vote has taken.

“I think a three-month delay was unnecessary,” she said, “Do I agree that we needed some more information than we got from that first meeting? Yes. But there certainly was ample opportunity to get that through the process.”

Mayor Jim Throgmorton said the extra three months were essential because they gave the council and Iowa City residents a clear idea of what the developers had in mind.

He said he could acknowledge his disagreements with Mims with humor and pleasure, but added he was not aware of any evidence of a delay or hold up on the contractor’s end as a result of the city’s deferral.

Affordable housing also played a key part in the rezoning vote. City Councilor Pauline Taylor said she is excited about the opportunity for quality student housing.

“In our correspondence today we saw some very startling photos of apartment conditions …” she said. “This is what some of the students are having to live in … so I’d encourage [new student housing] to be high-quality.”

City Councilor Mazahir Salih said she likes the project because of the percentage of affordable housing involved, but she shared concerns about how affordable the housing really would be.

“Affordable for whom?” she wanted to know.

Throgmorton cautioned the project’s developers about the role student housing will play in this project.

“If I were a developer, I’d be paying close attention to risk and uncertainty about student housing,” he said.

After 45 minutes of discussion, the motion to rezone the project’s proposed area was approved 6-0. However, as Mims and other councilors suggested, there’s still a long way to go to finish this project.