This year’s data from the National College Health Association’s annual survey revealed that UI students participate in high-risk drinking, marijuana use, and substance use at a higher rate than the national average. 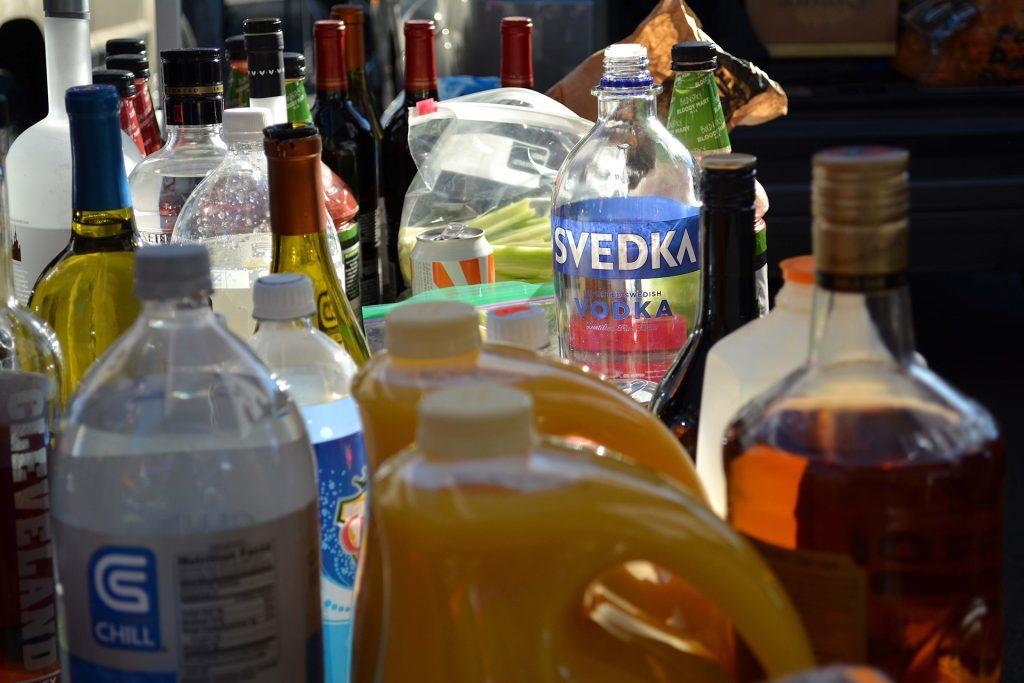 Although University of Iowa officials have made strides in recent years in addressing high-risk drinking and substance use on campus, a report recently released from the 2018 National College Health Association’s annual survey showed increases across the board in alcohol consumption, substance use, and cigarette smoking compared to last year.

The data, taken from more than 700 students through UI Student Health & Wellness, showed that high-risk behavior is still prominent on campus and that students engage in such behavior at higher rates than peers nationally.

The survey shows a wide variety of information, spanning from substance use and abuse to sexual-health behavior and indicators of stress, which is then compared alongside national averages and statistics.

According to the survey, high-risk drinking (defined as five or more drinks on one occasion in the lasttwo weeks) decreased at the UI from 58.7 percent to 49.6 percent from 2013 to 2018, the lowest level in 25 years. In that same timespan, the number of students who used alcohol 10 or more days in the previous month also decreased from 27.4 percent to 22.7 percent.

However, 74.8 percent of survey respondents reported consuming alcohol in the last 30 days compared to 72.5 percent in 2017.

“While some numbers are up from last year’s report, it’s important to note that many of 2018‘s statistics, such as binge-drinking, are still substantially lower than they were five or more years ago,” UI Student Government Vice President Heath Schintler said in an email to The Daily Iowan. “It’s important to note that the University of Iowa doesn’t exist in a vacuum. There are many national trends affecting college campuses, and young people in general, all across the U.S.”

Tanya Villhauer, UI associate director for harm reduction and strategic initiatives, said when compared to alcohol, there is notably less long-term research and data associated with marijuana use.

“We are paying attention, and we have some identified interventions that we have been doing the past few years,” Villhauer said.

The Alcohol Harm Reduction Advisory Committee was organized in 2009 to tackle the issue of high-risk drinking on campus. The current plan is the second in campus history and runs from 2016 through the fall of 2019. Villhauer said the plan has been consistent, following the same goals and metrics to provide the best support for the campus environment.

“We definitely feel that providing an environment for our students that supports reducing high-risk drinking rates will promote a healthier culture and benefit students,” she said.

Another task force, prominent on campus throughout the 2017-18 academic year, is the harm reduction group and Fraternity/Sorority Life. The task force established the moratorium on alcohol use for greek events following the death of Kamil Jackowski in the spring of 2017 to shift both perceptions of UI greek life and to ensure student safety.

While it is difficult to see direct data from the moratorium and its effects on student life, the average GPA for Fraternity/Sorority Life members increased in the 2018 spring semester.

“We know more work has to be done to help all students, including Fraternity/Sorority Life members, make healthy choices and be successful,” McHale said. “We remain committed to creating a culture that encourages healthy behavior and fosters student success.”