The state geologist oversees many of Iowa’s key natural resources. 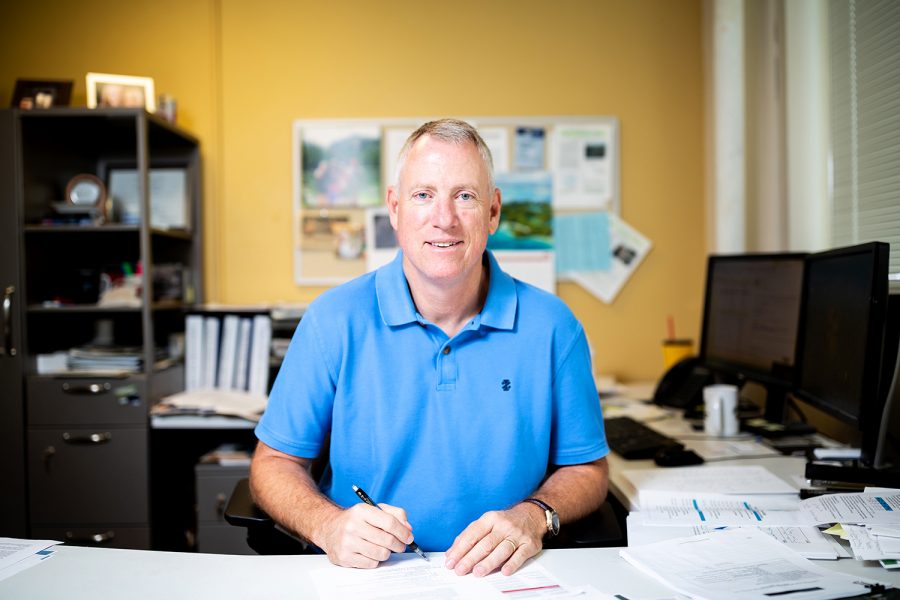 The protection and understanding of Iowa’s most vital natural resources are more or less held in the hands of the state geologist — a position that has been filled by a University of Iowa research engineer.

Keith Schilling, an adjunct assistant professor in the Department of Earth and Environmental Sciences, was named the state geologist last month after spending a year in the position unofficially. Before that, the role was housed in the Iowa Department of Natural Resources; it was eliminated in July 2017 with a round of budget cuts to the agency.

Schilling’s role as state geologist is to help “steer the ship” of the Geological Survey — a program integrating research about the state’s groundwater, minerals, and other geological resources. The state then uses much of this information to make economic and enforcement decisions.

“The Geological Survey is needed to help us better understand and manage our natural resources,” Schilling said. “To have an organization like this, you need someone at the head to lead this, and that’s the state geologist.”

He will also oversee outreach, communication, and education for both lawmakers and the public about geological issues in Iowa. His area of expertise is in nonpoint sources of nutrient pollution, such as farms with fertilizer runoff.

His colleagues have endorsed Schilling for the position. With 30 years of experience in geology, the leader of the DNR’s Environmental Services Division, Bill Ehm, said Schilling has “credentials running out of his ears.”

A few years ago, the Geological Survey was also housed in the DNR. The program and the state geologist fit much better in a university than in a state enforcement agency, said Larry Weber, the former director of IIHR — Hydroscience and Engineering, the UI department that houses the Geological Survey.

“When you combine the Geological Survey with the Iowa Flood Center at IIHR, we’ve created a critical mass of expertise of water-related issues in this state,” Weber said.

The importance of geologic information is obvious to those who work with it. Whether it’s understanding where a well should go or detecting where sediments or fertilizers are flowing, the information gathered under the state geologist is vital to the state’s operations.

“What is going on under the crust of the Earth has an impact on what we do,” Ehm said.