Members of the public commented and asked questions about the deer-reduction plan being considered by the city which would potentially utilize sharpshooting as a way to reduce the deer population. 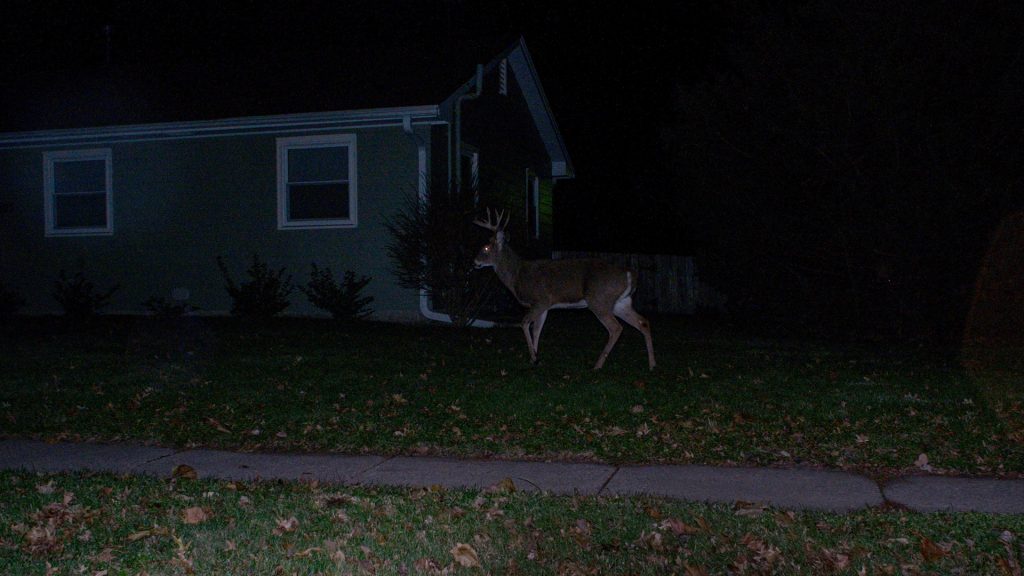 City Hall was packed full of people on the night of Aug. 14 to discuss the future of the Iowa City deer population.

In a public-forum, members of the city’s “deer committee” and Iowa City residents discussed the city’s deer-reduction plan, which would allow a contractor to use sharpshooters to reduce the deer population in the Iowa City area.

Assistant City Attorney Sue Dulek said a public forum is part of the state of Iowa’s requirements to institute a deer-reduction plan. At a future City Council meeting, the councilors would decide what to do next in regard to the plan, which could include assessing a timeline, allocating funds, and obtaining state approval.

DeNicola said there has been a 60 percent increase in deer/vehicle collisions in the area in the last couple of years.

A spreadsheet from city police Public Information Officer Derek Frank sent to the DI in July showed the number of deer-related accidents from 2005 to 2018.

The city previously contracted with White Buffalo from 2000 to 2009 to use sharpshooters to reduce the deer population. In 2010, deer-population numbers were reported to be at a “reasonable level,” and officials did not seek another contract.

“Most of the communities we work in, they’re bigger,” DeNicola said. “We’ve lapsed long enough [in Iowa City] to where the population has increased.”

Members of the community lined up to recount stories of deer venturing into their yards, destroying garden projects and landscaping. They also described car accidents involving deer.

UI Assistant Professor Allison Jaynes said that just because people may not like deer, that doesn’t mean the animals should be killed to try to get rid of the problem.

“A lot of people know if you remove a pest from your house and don’t remove the attractant, others are going to come right back in,” she said. “I see sharpshooting as a temporary Band-Aid on a long-term problem.”

Preston Moore, the state director of the Humane Society, said he would prefer a method of reduction that wouldn’t harm the deer. Death by bullet, he said, is less stressful for the animal than being trapped or euthanized with chemicals.

“Our first preference is nonlethal, but if it is going to be done, sharpshooting is the most humane way to do it,” he said.