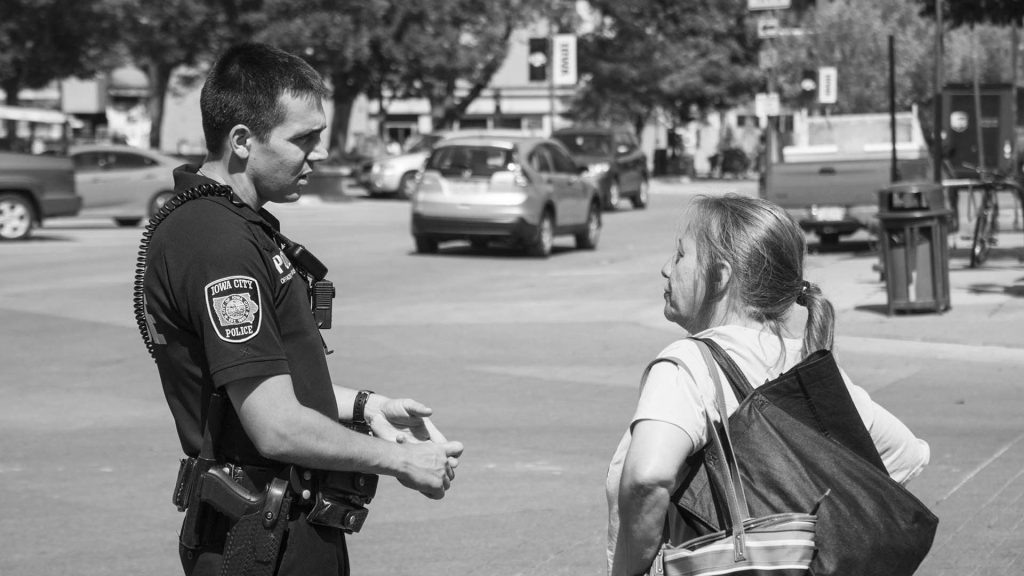 The Iowa City police have announced a new outreach position that will focus on fostering positive relationships with downtown businesses, college students, and community neighborhoods.

Officer Travis Graves, a five-year veteran of the department, will split his time in this new role between acting police liaison during the evening hours for downtown and as the nighttime neighborhood resource officer.

Graves said the position will not be focused on enforcement but rather, community outreach.

“The purpose of this position is to provide a positive police presence and make sure that everyone feels safe downtown and in the surrounding neighborhoods,” he said.

He hopes by making himself a consistent face in the community, students and Iowa City residents will feel more comfortable coming to him with concerns.

“My goal is to be an approachable figure in the downtown area so that people can come to me and let me know if something isn’t right,” Graves said.

He also plans on building relationships with the businesses that may not be open during the daytime downtown officer’s shift and collaborating with the City’s Neighborhood Services Division and the Iowa City Downtown District to help resolve issues that are facing the community.

Graves said he has worked closely with Nighttime Mayor Angela Winnike on finding ways to come up solutions for the issues that businesses face at night.

Winnike, who was appointed as Iowa City’s first nighttime mayor in April 2017, is excited to partner with Graves to continue her mission of safety downtown and to give businesses a voice in creating a safe environment for their patrons.

“It’s really important to have a police officer to be a partner for the downtown businesses and the entire community,” Winnike said. “Not a single business has reacted negatively to this news.”

Winnike believes that the outreach position will be more effective downtown than adding more police officers for enforcement.

“Community policing is about more than writing tickets,” Winnike said. “We’re never going to stop the public intoxications or minors in the bars, but this is the move in the right direction.”

An initial step in this direction was made in 2010, when the city passed an ordinance only allowing 18- to 20-year-olds in the bars before 10 p.m.

“Since the 21-ordinance passed, we have seen a reduction in arrests, sexual assaults, and public intoxications, and we think that the outreach position will help decrease those numbers even more,” Winnike said.

She encouraged everyone to always reach out to Graves or other officers on duty if they see something that doesn’t look right.

“If you see something, say something,” Winnike said.

Police Chief Jody Matherly believes that community policing is best resource for preventing crime before it occurs, and he thinks Grave’s position will be an asset for everyone in the community.