Two former Hawkeyes, Jarrod Uthoff and Devyn Marble, wrapped up their time in the Las Vegas Summer League on July 15. 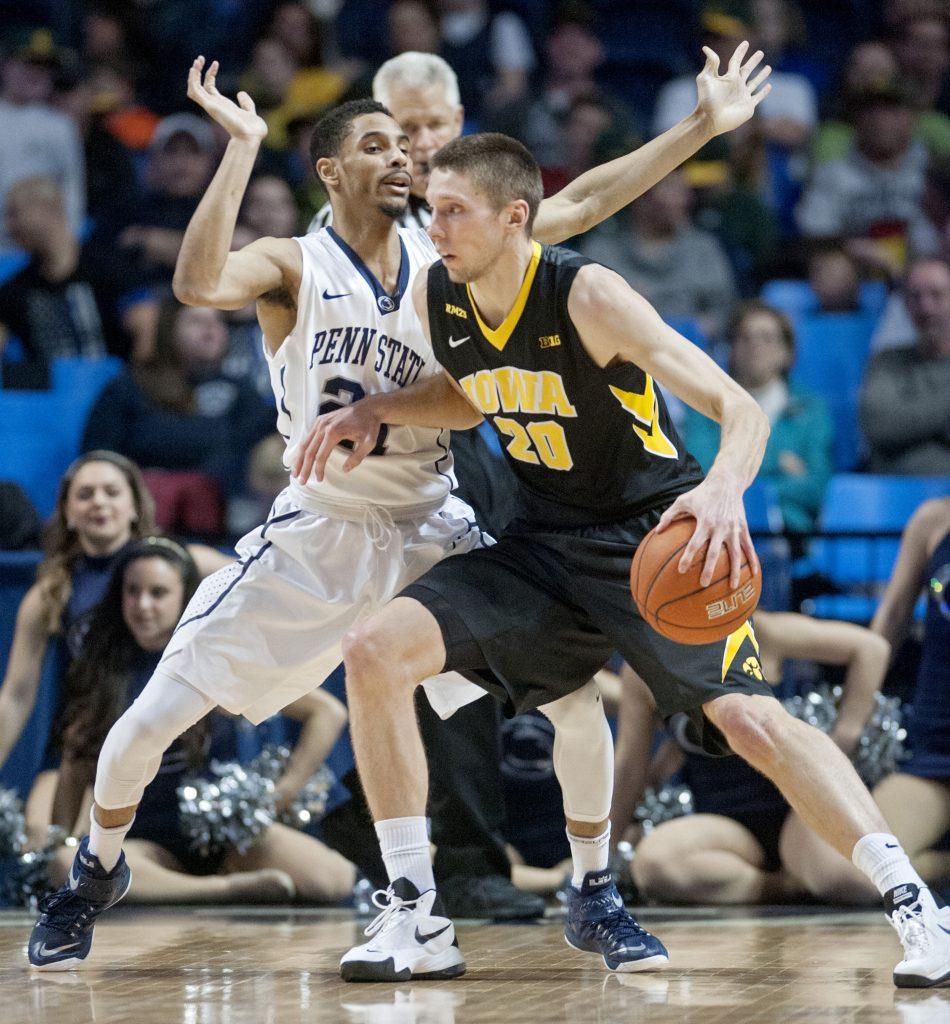 While the NBA is in offseason mode, there’s still plenty of basketball to be played.

The 2018 Summer League is in full swing out in Las Vegas, and two former Hawkeyes have been in action: Jarrod Uthoff and Devyn Marble.

Uthoff’s Boston Celtics squad sits at 4-1 in the Las Vegas League, while Philadelphia (Marble’s team) has a 2-3 mark. Despite different records, both players have received solid playing time in hopes of joining an NBA roster.

Boston faced off against Portland in the Las Vegas quarterfinals on Sunday. Uthoff received the starting nod but finished with a forgettable stat line: 3 points on 1-of-10 shooting, 3 rebounds, 2 blocks, and 1 steal in his 17 minutes on the court.

The day before, Uthoff had a better performance, dropping 11 points and added 6 rebounds in 22 minutes in Boston’s 74-72 win over Miami.

In the Celtics’ 100-80 win over Charlotte on July 9, Uthoff had his best outing in Las Vegas. In 15 minutes off the bench, the forward scored 16 points (on 6-of-9 shooting), grabbed 6 rebounds, and added an assist for good measure.

This summer, Uthoff has been streaky. In his first three games, he shot 54.5 percent from the floor, but then he shot 28 percent in his final three games.

One constant in Uthoff’s stat line was blocked shots. Using his length to his advantage, he was able to record at least 1 block in all six Summer League games.

Last season, Uthoff was a member of the Fort Wayne Mad Ants, one of the teams in the G-League. There, he averaged 16.5 points, 8.4 rebounds, and 2.5 assists per game. In the 50 games he saw action, Uthoff started 44.

Marble’s 76er team squared off against the Memphis Grizzlies on Sunday in the quarterfinals as well, but unlike former teammate Uthoff, Marble didn’t play.

Marble’s best stat line of the Summer League came in Philadelphia’s 87-75 loss to Washington on July 9. Marble scored 10 points off the bench, which tied for the second-most points for the 76ers that night. He added 4 rebounds and 2 assists as well.

That game, his 24 minutes were the most during his time in Las Vegas. He played 12 and three minutes in his first two games, respectively.

Before his stint with the 76ers, Marble’s last action was overseas, where he spent time with the Aquila Basket Trento in Italy until the spring of 2017. There, he scored 10.4 points, grabbed 3.2 rebounds, and dished out 2.1 assists per contest.