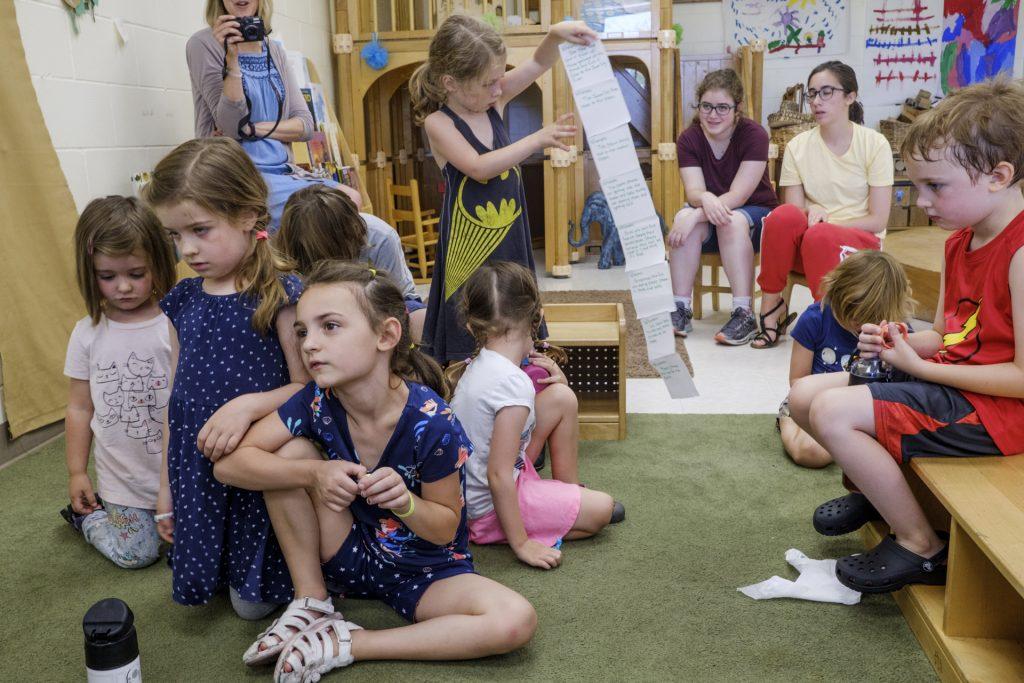 Tricia Windschitl's class at Preucil Preschool sits during a group interview on Thursday, July 5, 2018. The class wrote a proclamation to the Iowa City City Council calling for restaurants and individuals to reduce plastic straw use. (Nick Rohlman/The Daily Iowan)

A preschool class of 3- to 5-year-olds is listening to the Earth and saying no to straws.

This class at Preucil Preschool in Iowa City was inspired by a project by a University of Iowa student called Prompt for the Planet, which called for young people to give a voice to the world. Louisa Haley, age 6, thought if the ocean had a voice, it would say, “Please don’t put straws in me, baby sea turtles are trying to grow here.”

Tricia Windschitl, the students’ teacher, said the kids realized they use a lot of straws when they go to restaurants, but they could say “no, thank you” to the server to reduce their straw use. Now, they want to tell everybody.

Allexis Mahanna, an incoming junior at the UI happened to be working on her own project to decrease straw use in Iowa City when she heard about the preschoolers’ “Strawless Initiative.”

As the Earth’s youngest occupants, these kids are not the ones who created the plastic-pollution problem, Mahanna said, but they are going to have to deal with its effects.

“At that age, they’re so idealistic, they’re finding out about these issues, and they want to have ways to fix them,” Mahanna said. “A lot of people say, ‘Oh, you’re a child, you can’t do this,’ but I’m trying to hear out what they say and empower them to do things.” 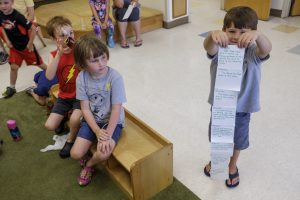 The kids are even getting local leaders involved. They met with Iowa City Mayor Jim Throgmorton to discuss creating a proclamation for a “Strawless Initiative Day.”

“I had a great, great meeting with the kids; they were so fun, so excited to greet the mayor, and they really understood what they were doing,” Throgmorton said. “I’m excited and so proud of the kids. It’s great to see the energy even out of preschoolers.”

“The word ‘initiative’ came because the mayor used it, which isn’t usually in their vocabulary, and he used it, and they like using it,” Windschitl said.

Though the kids can’t write yet, they drew lots of pictures to serve as signs to hang in local restaurants to encourage servers to make straws optional and patrons to decline straws. Turtles are a common theme in the drawings.