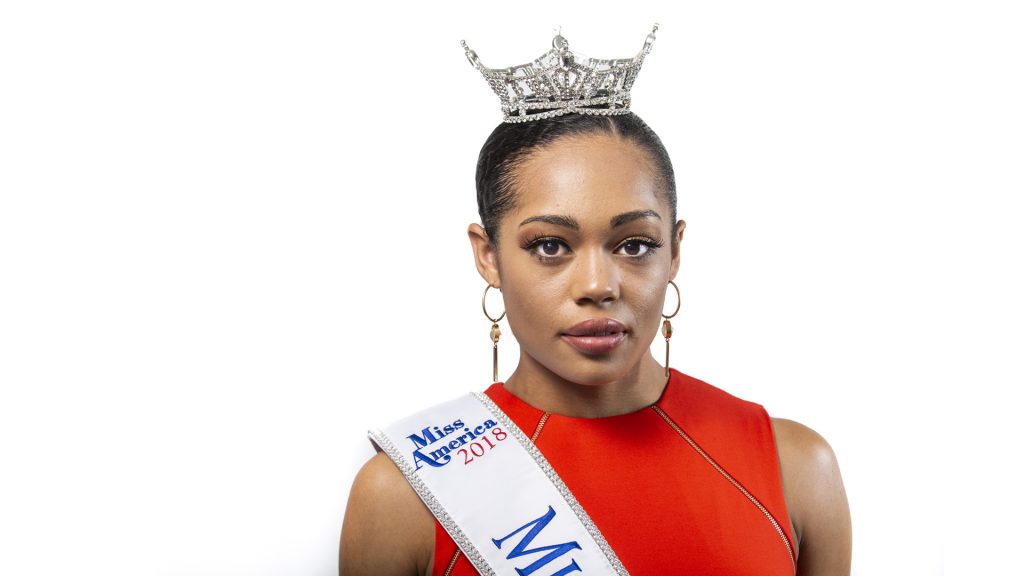 After being persuaded to enter pageantry at age 18, Mikhayla Hughes-Shaw, 21, stands in the middle of her apartment as she places the Miss Iowa crown on her head in preparation for the click of the camera.

An undergraduate at the University of Iowa, Shaw is majoring in journalism and mass communication as well as earning a certificate in critical cultural competence, but she will take a year off to fulfill her “royal” duties before finishing her final year of college.

With a level head on her shoulders, a vivacious life outlook, and many lofty goals waiting to be achieved, Shaw intends to make the most of her time representing the state of Iowa.

“What a lot of people don’t know is that each contestant has a platform that we focus on for the entirety of our year of service,” Shaw said. “Mine is called H.O.P.E., which is Helping Others and Providing Encouragement, and this is for suicide awareness.”

Eradicating the mental-health stigma is an issue very dear to her heart. She has partnered with suicide-awareness organizations in the Clinton County area, worked with the Iowa Chapter of the American Foundation for Suicide Prevention, and spearheaded an “Out of the Darkness” walk at the UI to raise money for her cause. She has also volunteered in the Quad City community and raised funds for smaller, more localized nonprofits.

The opportunity to instill lasting change was one of the biggest draws to competition, she said.

“People listen to you when you have a crown on your head,” Shaw said.

However, she had to learn how to balance the pageantry life, gradually finding a meaningful purpose for being on stage.

“I competed in Scott County 2015, and I had no idea what I was doing. No one can prepare you for your first pageant,” Shaw said. “When I thought of this life, I thought of ‘Toddlers & Tiaras’ and all of the craziness that one imagines comes with pageantry. It ended up being a wonderful experience, but I moved into college the very next day. So I said, ‘This was fun, but I’m going to take a break.’ ”

A break indeed; she did not put on another evening gown until two years later, when she competed in and won Miss Wild Rose, qualifying her for the Miss Iowa 2017 pageant. Although she did not come away with the crown, she won the nonfinalist talent award (she played the violin) as well as the “Applause Award” from the judges, both of which encouraged her to compete again. She went on to win Miss Clinton County, which was the catalyst for her becoming Miss Iowa 2018.

Rachael Vopatek, the Miss Iowa Board president, works closely with Shaw as they embark on the journey to become the first Miss Iowa to win Miss America.

“Mikhayla is an extremely driven, hard-working person,” Vopatek said in an email to The Daily Iowan. “She is truly making her mark on this world and making a difference in the lives of others. She’s a leader for her generation.”

Emily Folker, a fellow contestant for Miss Iowa who developed a close friendship with Shaw over years of pageantry, agrees.

“Mikhayla is a genuinely selfless, caring person,” Folker said. “She cares more about promoting her platform than she does about the title. She is just a really good role model, especially for younger girls, which is why I think she is such an amazing Miss Iowa.”

As Shaw excitingly looks forward to all of the wonderful things this year will bring, she understands that having the title of Miss Iowa puts her on the world stage.