Faculty and graduate students at the University of Iowa hope to reshape K-12 science education and curriculum under National Science Foundation grants. 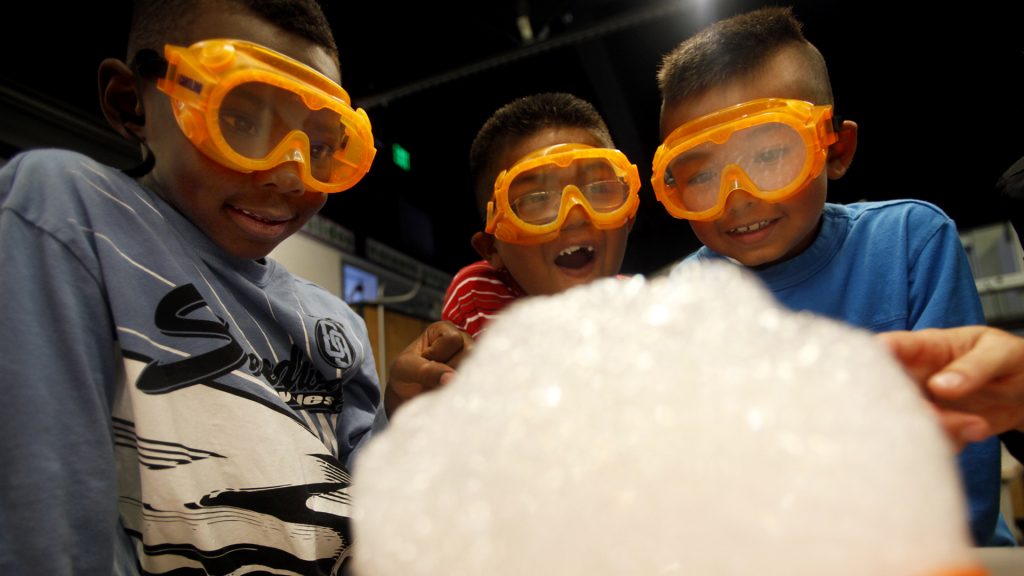 When the state of Iowa developed, then adopted, new science standards in 2015, K-12 earth-science education was meager. Few teachers were certified or endorsed in earth science, and the courses that did exist were often offered as remedial classes, requiring only content-based knowledge and little critical thinking. Before 2015, earth science was not a required course in the state’s curriculum, so it was often overlooked.

University of Iowa professors saw an opportunity in these shortcomings. With funding from the National Science Foundation, faculty and graduate students in numerous university departments are now working together to change the way that science is taught in Iowa.

“Science is not stagnant. It continually wants to evolve,” UI science-education Professor Brian Hand said. “So the question is, how does it evolve?”

Hand, together with Gavin Fulmer, a UI assistant professor of education, and a team of other university faculty, are using more than 20 years of research to rethink the way that educators teach and students learn. Their primary focus is to shift classrooms away from routine learning and toward more adaptive learning that can continually change based on the teacher and her or his students.

“One of the issues when we look at teaching science is that they are built things like kits, or lesson patterns, that tend to be very prescriptive,” Fulmer said. “The idea here is to think of it not as a prescriptive way but rather how to help teachers develop the ability to be flexible.”

The Iowa Science Standards were established to emphasize components of science such as generating and testing ideas, critical thinking, negotiation, and real-world application, as opposed to the rote memorization and regurgitation of facts that were characteristic of science courses before.

One of the NSF grants that the UI received is focused specifically on improving geoscience education under the new standards. A large part of the grant is focused on recruiting more young people into geoscience.

“The majority of people who have been in geoscience are retiring,” said Ted Neal, a clinical associate professor of science education. “At the same time, there is a massive push of increased interest in geosciences.”

The grant intends to reshape earth-science education through four different mechanisms. The first two involve funding teacher training and certification courses along with developing and spreading earth-science course content and materials so that educators are properly equipped to teach the courses. The next two mechanisms engage early career or undecided undergraduates in the geosciences through field trips and research and provide internships to students who express interest in pursuing a career in the earth sciences.

Hand, who is the principal investigator on a $2.88 million grant for developing adaptive teaching methods, is optimistic about the future of the project.

“Our aim is to help teachers understand that every learner is different and adapt their classrooms to help cater to all the individuals,” he said. “It’s something that’s always been difficult in education, and we think we’re going to be closer to getting to that point.”