The Pentacrest Garden apartment complex could see redevelopment, but first, it must be approved by City Council to be rezoned. 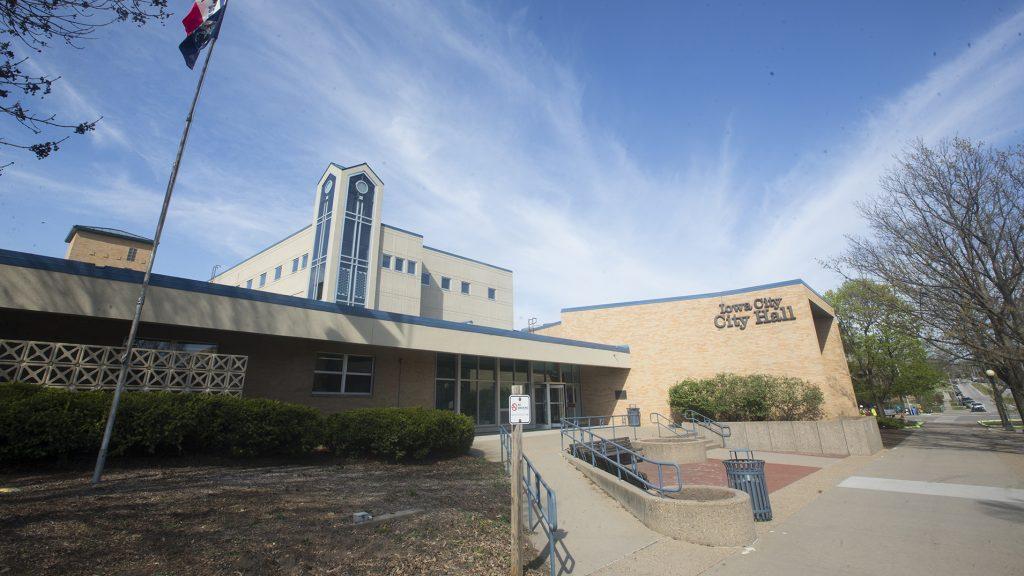 The property in question, 12 E. Court St., is the location of Pentacrest Gardens, a four-building apartment complex with 96 units. It was built as an urban-renewal project in the 1970s and is zoned as high-density multifamily residential property. The maximum height for buildings in this zone is 35 feet, or approximately three stories, and it is intended for multifamily housing and group living quarters.

To allow the developer to construct a taller building, property owner Apartments Downtown and representative Jeff Clark applied at the end of March to rezone the property to Riverfront Crossings’ South Downtown District.

The new zoning would allow the building to reach eight stories with the possibility of an additional seven floors if granted by the city with approval from the Federal Aviation Administration. While the new property is still in the design phase, a concept plan has been submitted with plans to build 15 stories.

“This site is the last large perfect site for this type of project in downtown Iowa City,” Clark said in an email to The Daily Iowan. “The topography as well as location is perfect, and the residential units will be very popular.”

The rezoning request is in its final stages, having gone through neighborhood notification, staff report, and the city Planning and Zoning Commission recommendation to approve the request. The City Council will make the decision on whether to rezone the property after voting on the issue three times, required for city ordinances.

City councilors have been divided on the issue and have yet to vote on the first consideration after delaying the first vote twice. During the May 15 meeting, the council moved the discussion to the May 29 meeting.

During the meeting, the council took an informal vote on whether councilors would support the rezoning. With Councilor Mazahir Salih not present, the vote was 3-3. In the end, the council voted 5-1 to defer the first consideration to July 3 and to consult with the Planning and Zoning Commission.

Mayor Jim Throgmorton has voiced some apprehension about approving the rezoning. On May 15, he said he would like a more precise understanding of what the developer would like to do with the property.

“This is our one chance to have a significant influence on the project,” he said on May 15. “To wait for the moment when we review the final design for height-bonus approval, I think, is far too late in the process.”

City Councilor Susan Mims disagreed with Throgmorton, noting that the developer would need to seek approval from the city for building any more than eight stories high.

“I just still don’t understand the reluctance of councilors to vote for the rezoning when there are so many other steps that have to be done before [the developer] can do anything over eight stories, even though we’ve signaled potentially to them at this point you may not get any more than eight stories,” Mims said on May 29. “What is wrong with going forward with the rezoning?”

Other councilors have said they would support the rezoning, but like Throgmorton, they would like to have a conversation with the property developer about the project.

The project will not be ready to continue if it is limited to eight stories, Clark said. He noted that the project would need 15 stories and contain 800 to 1,000 units.

“The height and density of the project is important for great views of the city, to accommodate amenities and to help absorb the dedication of the Capitol Street land back to the community, just making Iowa City even better,” Clark said.

According to the rezoning statement, the project will divide the land into three parcels. The center parcel would be dedicated back to the city, resurrecting the Capitol Street link between Court and Burlington Streets. The remaining parcels on either side of the street would be redeveloped into student housing.

If the council passes the rezoning, the project will need to meet the affordable-housing requirement adopted by the city in August 2017. That requires the new property to designate at least 10 percent of units to be affordable-housing units because it will consist of more than 10 units.

The monthly rent for the units cannot exceed the fair-market rent rate for the Iowa City metro area as published by the U.S. Department of Housing & Urban Development.

The rates for fiscal 2018 for one-bedroom and two-bedroom units are $723 and $958 per month, respectively. Rates for other types of units are available through HUD.

Unless approved by the city manager, the affordable-housing units must be comparable with the market-price units, meaning they contain at least 80 percent of the floor area, same number of bedrooms, and the same amenities as the other units. The units should also be distributed throughout the building to avoid a concentration of such units.