Five local bands will put their spin on music from legendary classic rock artists this weekend. 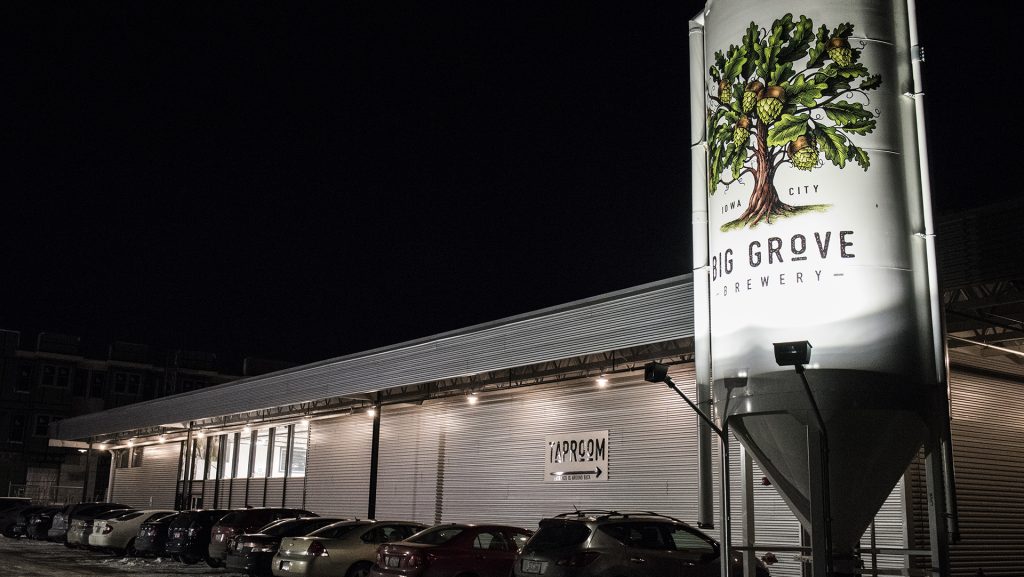 Community members listened to a talk held at Big Grove Taproom on Wednesday, Jan. 17, 2018. Multiple researches from the University of Iowa used 3D mapping technology to scan beer caves on the north side of Iowa City. This lecture was a part of a series held by Big Grove, detailing the history of brewing in Iowa City. (Ben Allan Smith/The Daily Iowan)

Five local bands will put their spin on music from legendary classic rock artists this weekend.

Big Grove Brewery will hold its first “Tribute Fest,” a classic rock-cover get-together on June 16 from 4 to 10 p.m. Tickets for the show are $5 at the door.

Big Grove music director Brian Johannesen came up with the idea for Tribute Fest following the death of Tom Petty in October 2017.

“We put together the Petty Tribute Show in November 2017 and realized how fun it can be for local musicians to cover famous artists,” he said. “While we want to support original music as much as we can, it’s still fun to get together and play cover music.”

From there, Tribute Fest was born, and Johannesen found five local artists who had played Big Grove previously and asked if they would be interested taking part in the fun.

“We left the choice up to the band to determine who they wanted to cover,” Johannesen said. “We wanted the bands to cover the legendary bands and songs that everyone knows, all while incorporating their own unique twist.”

Holiday Road Band and Friends, a group that primarily performs in the Corridor Area, will covering Fleetwood Mac. The group has performed many Fleetwood Mac classics along with covers of Steely Dan, Eddie Money, and Joan Jett & the Blackhearts since the late-70s.

“We played last November, and it was such a fun experience where everyone can go to socialize, listen to music, and enjoy the outdoors,” she said.

The band felt honored to be chosen to participate in the first Tribute Fest, she said.

“Everyone needs to come out and support Big Grove and local music,” Price said.

“I know The Band’s material very well,” Webster said. “It fits, too. The Band and the Dead have very similar roots in their music: American blues, jazz, and country all fused into the raw and powerful idiom of rock ’n’ roll.”

Webster and the rest of the Winterland musicians hope to put their unique sound into The Band’s songs.

Johannesen expects a large turnout for the event. In addition to great music, Big Grove is excited about people trying the new food and drink options recently added to the menu.

“Every music show that we do is a gamble but a fun gamble,” he said.