Zach Wahls almost definitely secured a state Senate seat in the June 5 primary, and he plans to advocate for health-care reform and higher-education affordability. 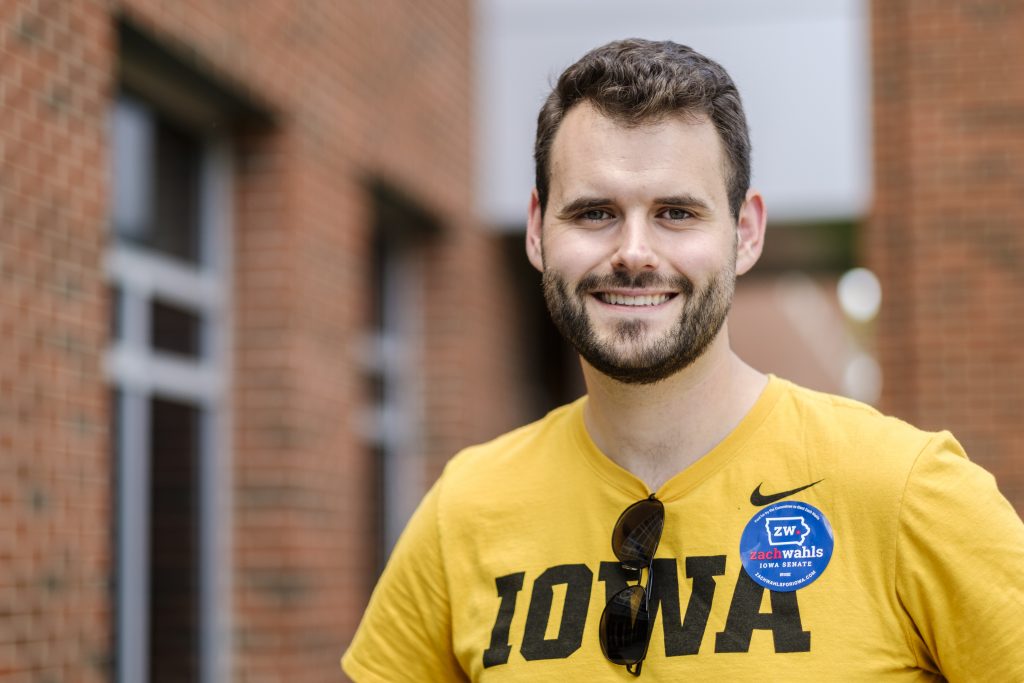 Wahls will not face a Republican
candidate in the general election in November, although he will face
Libertarian nominee Carl Krambeck. However, the primary results are a
strong indicator of who will win the seat, because Johnson County,
which makes up a chunk of the district, is a Democratic stronghold.

The winner of the general election
will replace retiring Sen. Bob Dvorsky, who decided not to run for
another term after serving for more than 20 years in the Iowa
Senate.

District 37 covers part of Cedar
County, Coralville, western Iowa City, Solon, and the town of Wilton.
The 37th District comprises urban and rural areas and includes parts
of the University of Iowa community. There are 50 members of the Iowa
Senate, each one representing roughly 60,000 constituents.

An Iowa City native and University of
Iowa graduate, Wahls rose to fame after his 2011 speech to the Iowa
Legislature in which he shared his experience growing up with gay
parents. He also founded Scouts for Equality, an organization that
successfully lobbied for a change in the Boy Scouts of America’s ban
on gay and lesbian scout leaders.

Wahls announced his intention to run
for the open Senate seat in December 2017, and he has run a
competitive and active campaign since then. In an interview with
The Daily Iowan on June 3, Wahls said he chose to run for
the open seat because he saw it as “an all-hands-on-deck moment that’s
going to define the future of our state.”

Health care and education are two of
Wahls’ key issues, and the district is home to both the University of
Iowa and the UI Hospitals and Clinics. Wahls said he hopes to work
with
health-care providers to improve the mental health and current private
Medicaid system. He also plans to advocate to restore funding to the
state Board of Regents to make higher education more affordable. He
also highlighted the importance of collective-bargaining rights, some
of which the Legislature took away from public employees in 2017.

At 26 years old, he said his age has
helped him to rally and secure the young vote in the area. He aims to
give young people a voice, he said, because they are deeply invested
in
the future of the state.

State Rep. Dave Jacoby, D-Coralville,
said Wahls is “a young person with a lot of energy, but he also has an
old soul.” Jacoby said he thinks Wahls would be a very promising
addition to the Senate, “hopefully bringing some calm and common sense
to the group.”