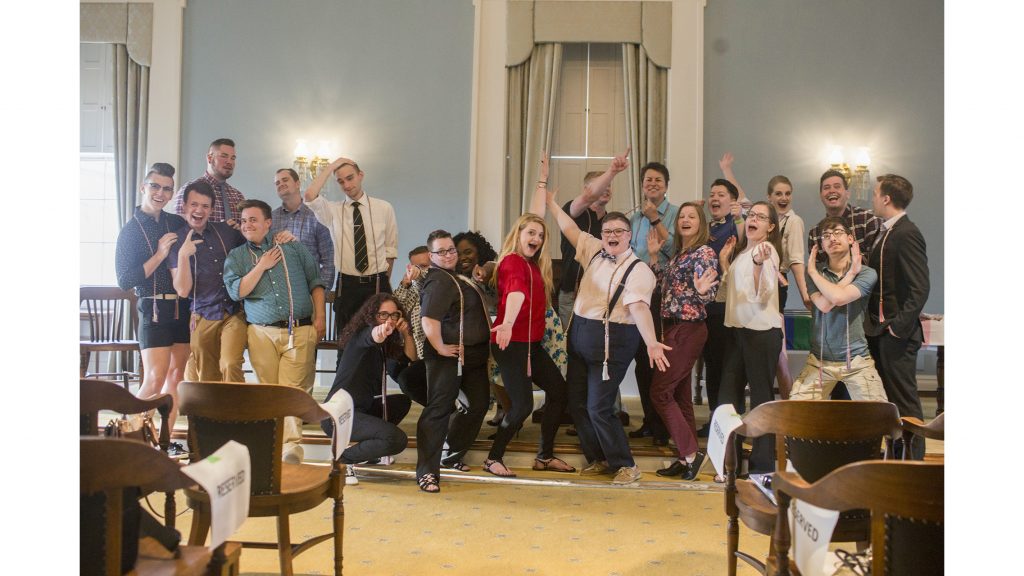 Graduating University of Iowa students from a variety of backgrounds celebrated their academic achievements and identities throughout this week. Various graduation receptions and ceremonies honored students belonging to diverse and underrepresented groups, such as Latinx Graduation, Black Excellence Graduation, Rainbow Graduation, among others.

For the first time in years, UI African-American and African undergraduate and graduate students celebrated their hard work together with a specific ceremony. The Black Excellence Graduation took place on Thursday at Carver-Hawkeye Arena.

“This is the first time in about four or five years, realistically, that we’ve done something this big — maybe even more,” said Jamal Nelson, the UI multicultural programs coordinator and one of the organizers of Black Excellence Graduation. “Hopefully, it’s something we can sustain and keep doing.”

The ceremony kicked off with a student keynote speaker, the presentation of two awards, and words from Vice President for Student Life Melissa Shivers, interim Chief Diversity Officer Lena Hill, and Monique Green of the Office of the Vice President of Medical Affairs. Students were presented with graduation stoles.

“As our students are constantly ridden with so many forms of not only racism and oppression that happens on this campus, but discrimination, it’s another way for us to say that we appreciate what you’ve done,” Nelson said. “We appreciate who you are, and this is a space where you can not only be who you are but be in community with folks that understand that. That fellowship is needed for our constituency.”

Another celebration of multiculturalism and academic achievement, the 24th-annual Latinx Graduation Reception, took place on Wednesday in the Old Capitol Senate Chamber. Associate Professor Darrel Wanzer-Serrano and UI President Bruce Harreld made remarks before students were presented with stoles and certificates.

Center for Diversity and Enrichment academic coach and Latino Council Treasurer Kayla Alvarez said 95 out of the 342 self-identifying Latinx students graduating this year participated in the ceremony. She said the number of students involved has nearly doubled since last year.

“It was particularly important because our students need to be celebrated. They have achieved despite many barriers throughout their undergrad and graduate school,” Alvarez said. “It is definitely a time to communicate with a community that they know and also the professors that have supported them.”

The Center for Diversity and Enrichment also hosted a ceremony of its own on Wednesday at the IMU to honor all students from underrepresented groups.

Rainbow Graduation, a graduation ceremony for LGBTQ-identifying undergraduate and graduate students, took place Tuesday evening in the Old Capitol Senate Chamber. During the celebration, audience members listened to guest speakers and an a cappella group before watching the students be recognized. They were presented with their choice of rainbow cords in symbolism of the pride flag, or pink, white, and blue cords in resemblance of the transgender pride flag.