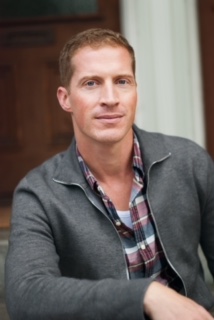 After graduating from Brown University, Andrew Sean Greer moved to New York City. While attempting to break into the literary business, Greer worked such miscellaneous jobs as chauffeuring and acting as an television extra.

“Luckily, the economy of writing provides the need for all kinds of extra jobs,” Greer said. “I was terrible at being a New Yorker — not the glorious, warming New York it is today. It was hard to get a job, and I did not have an edge — I was not punk-rock enough.”

Applying to numerous M.F.A. programs, Greer was rejected by the Iowa Writers’ Workshop, so he moved to Missoula to pursue an M.F.A. at the University of Montana. The change in geography deepened his life perspective and enriched his writing.

AFter settling down in San Francisco, ge wrote four novels that were starkly rejected by publishers. He experienced success writing short stories — churning out work for prestigious literary magazines such as The Paris Review and The New Yorker. His work in short stories culminated in the début collection How It Was for Me.

The 11-story collection masters the complexities and diversities of character. Greer takes the reader from family dinners in crowded Italian restaurants to a companionship between a gay man and lesbian woman in the 1960s.

His first published novel, The Confessions of Max Tivoli, generated critical acclaim. The premise for the book draws many comparisons to works such as The Sword in the Stone as well as the Bob Dylan song “My Back Pages.” Greer said those were the two inspirations behind the premise. As the main character Max ages, his physical appearance shrinks. Battling these obscure effects of time, Max must endure for his one true love.

Greer said such writers as Marcel Proust and Vladimir Nabokov inspired the time distortion. This concept is threaded throughout Max Tivoli as well as his later work. Greer wanted his second novel, The Impossible Lives of Greta Wells, to work as a companion to Max Tivoli. He believes both rely on a “warped way of living through time.”

By way of electroconvulsive therapy, the main character Greta travels through time interchangeably among 1918, 1941, and 1985. Greer was drawn to these time periods merely out of curiosity. However, after delving into historical research, he discovered that each of the time periods were connected by periods of war and disease.

Greta Wells was released while Greer was teaching fiction at the Iowa Writers’ Workshop. As a visiting professor in the springs of 2012 and 2013, Greer described the atmosphere at the Workshop as a “wonderland.”

The Workshop created an environment in which all writing was valued, he said. The students were given the time to explore elements of craft, break the constraints of genre, and develop their voices, he noted.

Greer spent most of his time on campus interacting with his fiction students. He held his fiction workshops in his home because he wanted his students to feel “a sense of a community.” His unique teaching philosophy is that there are no fast-track rules for writing fiction.

“I find in students’ work that they want to correct the story by getting rid of the part of the story that is weird or uncomfortable and does not fit,” Greer said. “My role is to point out that weird part and say, ‘This is the story. Everything else normal — get rid of that.’ The weird part is what you have to commit to.”

In his recent Pulitzer Prize-winning novel Less, the main character, Arthur Less, teaches creative writing at a German university. In the class, Arthur has students rearrange text by Nabokov to create their own sentences and perform erasure on text by James Joyce. These exercises were based on a class Greer taught at the Workshop. The “wacky writing exercises” rekindled their creative energy and appreciation for literature, he said.

Less stands as a departure from his previous work. With profound depth and precision, Greer documents the turbulent life of Arthur Less, an aging midlist novelist. Facing rejection from his publisher and crippling reviews from critics on his unimpressive début novel, living under the shadow of a famous Pulitzer Prize-winning poet, Arthur embarks on an international journey as an excuse to miss the wedding of his ex-lover.

Over the course of the novel, Greer delicately balances heartbreak and comedy as Arthur travels to France, Germany, Italy, and Japan, among others. Greer made two rules for himself when writing about foreign culture.

“First, I could only put in details that I had written down in my notebook,” he said. “I did not want to invent something about another country because it then becomes a fantasy about the other country, not a reality. Second, I wanted to be sure that every joke was on Arthur. I never wanted the narrator to make fun of another country. The whole comedy comes from Arthur making mistakes and assumptions.”

In Less, Arthur is nominated for the Wilde and Stein Literary Laurels prize. This small Italian prize ends up being judged by a group of teenagers. This scene satirizes the common societal obsession with literary awards. There is a bit of irony to this now that Less won the Pulitzer Prize.

“Well, you can imagine it is a shock,” he said. “In the book it is a shock to Robert, who is a famous elderly poet who I think of as winning the award, and I am a not-famous middle-age man, so the irony is not lost on me.”

Greer resides in Italy, where he is the executive director of the Santa Maddalena Foundation. As a writing residency, Santa Maddalena invites accomplished international writers for a six-week stay in rural Tuscany. Greer looks forward to coming back to the U.S. for a summer book tour.