Baker shares her experiences as an emerging artist 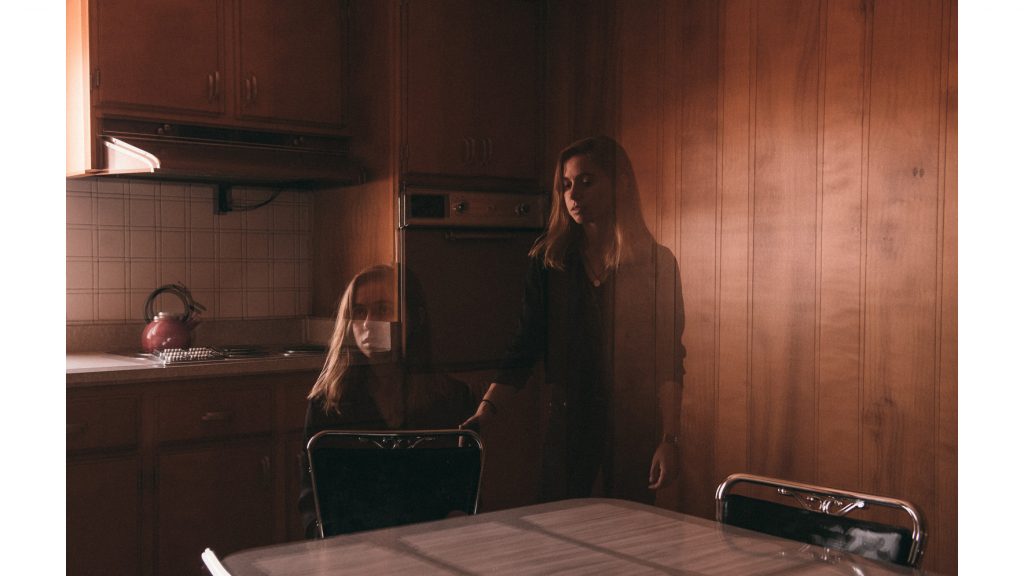 Julien Baker impressed audience members during her live performance at this year’s Mission Creek Festival with her discography of emotionally striking lyrics. In her most recent album, Turn Out the Lights, Baker creates an intricate autobiographical narrative instead of a simple series of songs strung together.

Turn Out the Lights begins with the opening of a creaking door, footsteps across a wooden floor, jangling keys before a solo piano emerges, eliciting images of Baker starting to tell her narrative by entering a room and sitting at a piano. The songs that follow are vulnerable pieces of work detailing her struggles with depression, relationships, and confronting problems.

Some of the album’s most poignant songs include “Hurt Less,” “Sour Breath,” “Claws in Your Back,” and “Even.” The heart-rending “Hurt Less” is a honest ballad in which Baker sings about a time when she would not wear a seat belt because she did not see the purpose of saving herself from an accident. Later in the song, she thinks about the person in the passenger seat who loves her and helps her through her pain — an important reason to wear a seat belt.

She grew up in music’s inclusive DIY scene in which musicians did not necessarily think of music as a career but as something they wanted to do or needed to do to make them happen. This nonexclusive DIY scene brings in several musicians who want to sustain their passion and explore new possibilities around music.

“Growing up in that culture, I think puts a lot of the agency into the hands of the individual; it dispels the idea that in order to participate in music, put on a show, start a band or make a record, you have to [go] through certain channels or that there are gatekeepers of music,” Baker said in an email to the DI. “Certainly all that is true for music [on] a certain scale but having a community of people who made shows, records, and bands happen with whatever resources were available to them made it seem like much more of an attainable goal to start or be in a band.”

The emerging musician describes her experience in the music industry as being unorthodox. Unlike other musicians, Baker did not “shop” her record by pitching demo CDs to record labels in an effort to receive a record deal, nor did she complete writers’ rounds in which a group of songwriters take turns singing their songs. Instead, Baker credits her success to the honest relationships built through playing shows and meeting new people.

“I just tried to play as many shows [and] take as many recording opportunities [as] I could — most of [these] arose because of friends who had [record] studio time or were putting on shows,” Baker said. “[Playing shows and recording music] frequently enough helped me continue to meet people who were also just trying to play and record music, and eventually the relationships that formed from that ended up being with people who would do me a favor, like put my band on a show with a bigger act [or] show my record to someone who ran a label.”

Although she began playing piano in elementary school and learned piano songs by listening to the radio, she never thought about starting a band until she started playing guitar when she was 12.

“When I was around 13 or 14 years old, I started playing out with little cover bands, in friends’ garages, at your usual coffee-shop gig in Memphis,” Baker said. “When I was in high school, I started a band called The Star Killers, later called Forrister, that played horseshoes and basement venues pretty regularly. We started stringing together DIY tours with other bands we’d met from other towns and did that all through college, and that’s how I started touring.”

Since her debút full-length album, Sprained Ankle, was released by Matador Records, her songwriting has slightly shifted. While she used to create music without editing or re-recording it, she now spends more time honing her music.

“I think songwriting is as much about knowing when to leave things intact as when to edit them, so the thing I probably try to cultivate most is an ability to detect where that balance is,” she said. “[This includes] how to decide when to preserve something and when to change it [and] how to better sift through the raw material of creativity to arrive at a finished product.”

Baker also expanded her music’s reach and began touring full-time after the full-length version of Sprained Ankle’s release. Since then, she has been able to connect with a variety of audiences, hear their experiences, and be vulnerable with them.

“Touring has been a significant factor in shaping my worldview and broadening my perspective,” she said. “Performing live music requires a lot of social interaction, but in a unique way, it creates an intimate space that is shared between relative strangers — getting to participate in that every night and be surrounded by a new environment and exposed to new people and hearing their experiences has taught me a lot about listening, making space for other people’s stories, and the value of being vulnerable with each other.”

These emotive connections make Baker’s music career gratifying and meaningful, especially when people take her music and find comfort in it.

“Though there is something gratifying about creating a song or a piece of art that I am proud of, [but] I think the true reward that makes it seem meaningful or worthy to me is seeing someone else take that art and derive some comfort or joy or understanding from it,” Baker said.

A major factor in Baker’s relatable lyrics is her ability to turn daily life experiences into poetic melodies. These vulnerable verses prompt crowds to grasp every lyric and attempt to make sense of their emotions as they sing along with her.

“To me, part of being an artist is honing the skill of recognition that allows us to identify and appreciate the poetic or artistic value and beauty in the seemingly normal or usual,” she said. “[Part of my role as an artist is] to find what makes [an idea or experience] significant and use it to communicate a story or an emotion.”