Hensley: Iowa baseball heating up at the right time

Two weekend series wins against ranked teams and offensive firepower have Hawkeye baseball primed for a run in May. 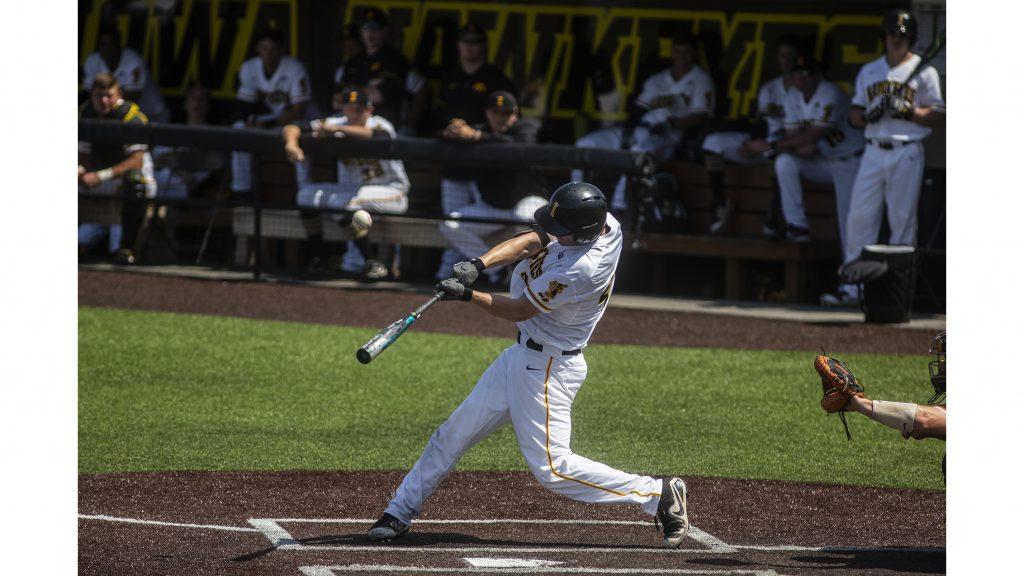 I’m a firm believer that when it comes to postseason play, the better team doesn’t always win — the team that’s the hottest has the best shot.

In 2010, my beloved Green Bay Packers went on one of the best runs in football (in my humble, unbiased opinion). The 6-seed Packers won four games in a row, taking down Philadelphia, Atlanta, and division-rival Chicago before beating Pittsburgh in the Super Bowl. During those playoffs, everything came together at the prime time for quarterback Aaron Rodgers and Company.

While football season remains in offseason mode (sigh), college baseball is heating up, and so are the Iowa Hawkeyes. Iowa baseball is the Big Ten’s hottest team, whether or not the conference wants to admit it or not.

Over the past two weekends, everything has clicked for Rick Heller’s squad, much like how everything fell together for Green Bay eight years ago.

This team has shown recently that when adversity hits, it performs at its peak. On Sunday, the Hawkeyes were without usual starting pitcher Cole McDonald. Heller opted to go with Jack Dreyer, a true freshman, and he held the Cowboys — a group averaging 9 runs over its past five games — to only a single run in his 5 innings on the mound.

On offense, the Hawkeye bats are clicking, scoring 62 runs over a seven-game span. In the past four games, Iowa has scored 16 runs twice.

Robert Neustrom and Tyler Cropley have been the go-to guys for the Black and Gold over that seven-game span, and that was against the best completion the Hawkeyes squared off against this season.

Iowa’s dynamic duo combined to go 24-for-57 with 23 RBIs and 7 home runs. In the past four games, when the Hawkeye offense exploded, Neustrom and Cropley tallied 18 hits, 19 RBIs, and 6 home runs.

But the non-household names have stepped up at the plate as well. Matt Hoeg registered 6 RBIs and Kyle Crowl went 4-for-4 with 2 RBIs in Iowa’s 16-14 win over Oklahoma State.

As of now, the Hawkeyes sit at 9-7 in conference play, while five teams lie ahead of them in the standings. Of those five teams, Iowa has won the series against three — Michigan, Ohio State, and Illinois.
RELATED: Freshman Jack Dreyer steps up in spotlight
Michigan was arguably the country’s hottest team, riding a 20-game winning streak, when it traveled to Banks Field. That is, until the Hawkeyes handed the Wolverines a loss, and then two days later, another “L.”

Minnesota, the only team out of the bunch to have beaten Iowa in a three-game series (Iowa and Purdue haven’t and won’t face each other in the regular season), still dropped a game to the Hawkeyes. But to Iowa’s credit, its two losses to Minnesota were winnable games (4-3 and 3-0 losses, respectively).

Moral of the story: the Hawkeyes can hang with any opponent in the Big Ten, and while the standings don’t paint Iowa as a perennial conference powerhouse, the Black and Gold are poised for another deep Big Ten Tournament run in late May.