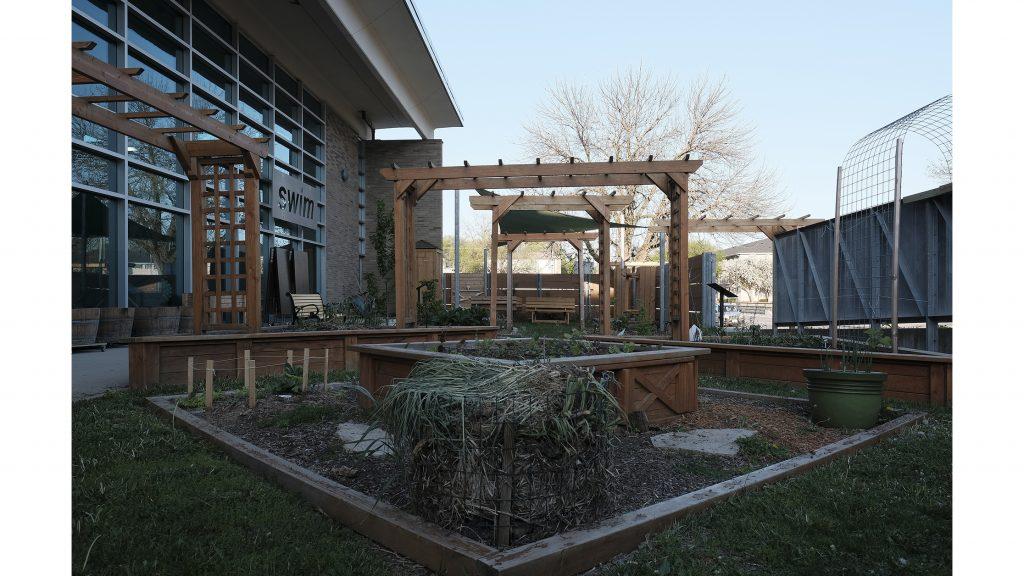 The garden classroom at the Robert A Lee recreation Center is seen on Monday, May 5, 2018. The classroom will be the location of a new butterfly tent. (Nick Rohlman/The Daily Iowan)

Iowa City will be able to ensure the safety of future monarch-butterfly generations with a new grant.

Rockwell Collins, an aviation equipment manufacturer with headquarters in Cedar Rapids, awarded a $2,500 grant to the city through its Green Communities Program.

The program funds nonprofit organizations around the world, and according to a press release from Iowa City Parks & Recreation, the company has funded 614 projects since 2004, valued at more than $1 million.

This year, the organization received 62 grant applications and funded 50 of them, Rockwell Collins Environment, Safety & Health regional manager Tim Drahos said, for a total of $82,500.

Megan Hill, the marketing coordinator for Green Iowa AmeriCorps, said her group wrote the grant and will work with Parks & Recreation to maintain the tent and look after the monarchs and milkweed, which will be planted in the tent.

The main causes of declining monarch populations are predators, lack of milkweed, and the use of herbicides and pesticides, Hill said. The natural prairies have also dwindled, taking away a vital food source.

According to the National Wildlife Federation, the monarch population has declined 90 percent in the last 20 years. Taking the butterflies out of a dangerous environment will help build up the population, Hill said.

“I think that if you raise the caterpillar … out of harm’s way … it gives them a chance for more success,” Iowa City sustainability coordinator Brenda Nations said.

The organizers plan to break ground on the Robert A. Lee Recreation Center Outdoor Classroom, where the tent will be located, in mid-May. Officials hope that construction will be completed by the end of May, when they will plant the milkweed and place the monarch eggs.

“Part of that is so we can also use it as education in the community and have people interact with the monarch butterflies and raise awareness for their decreasing populations and how good they are for the environment,” Hill said.

Monarchs function as pollinators, an important job in keeping the environment healthy, she noted.

Fully grown monarchs will be released in August, around the time of the Iowa City Monarch Festival on Aug. 26.

“After that, we’ll start the process over,” Hill said. “More monarchs, different generations.”

The program will help in Iowa City’s ongoing efforts to rehabilitate the monarch population, Nations said. In 2016, Iowa City Mayor Jim Throgmorton signed the National Wildlife Federation’s Mayor’s Monarch Pledge, demonstrating the city’s commitment to the endangered butterfly. The Monarch Festival is a part of the pledge.

Milkweed and other pollinator gardens have also been planted throughout the city, and milkweeds have been given to residents to plant in their yards.

A monarch rearing tent such as this one is a sustainable way to help the population, Nations said.