Stories of the world, frame by frame 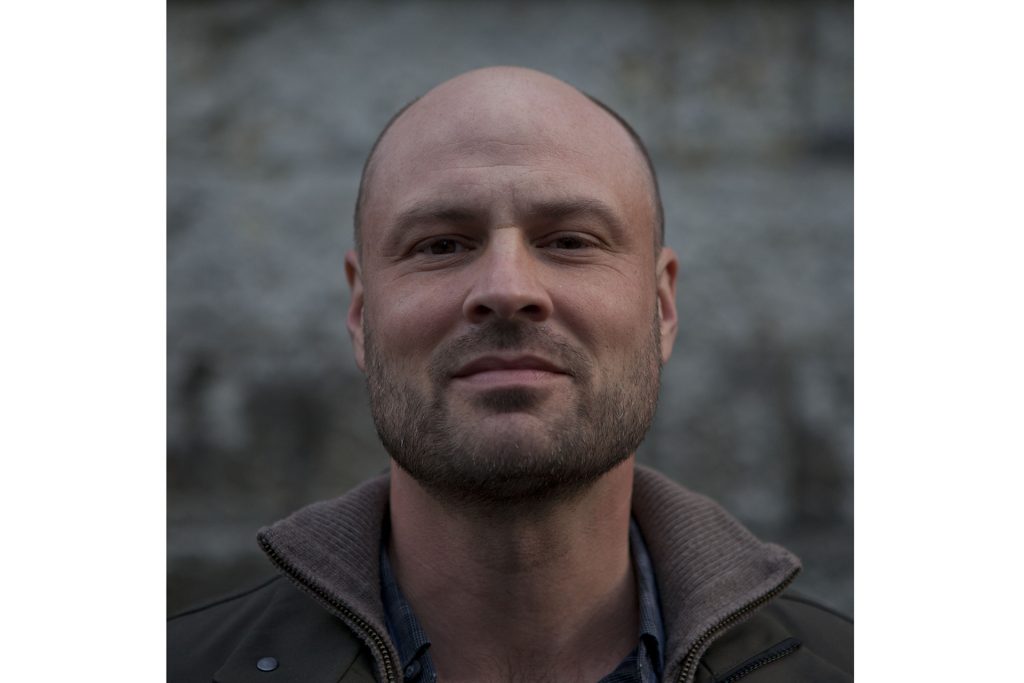 David Guttenfelder is an internationally renowned photojournalist now working for National Geographic. After a stint at The Daily Iowan, he graduated from the University of Iowa with a B.A. in journalism, anthropology, and West African studies.

Over his career, he has won eight World Press Photo Awards and is a seven-time finalist for the Pulitzer Prize in photography. He’s even bumped elbows with President Obama while covering a story for National Geographic.

Not bad for a farm boy from Waukee, Iowa.

“I always played around with cameras as a kid, and then I did a foreign-exchange study program when I was at the University of Iowa,” Guttenfelder said.

That year abroad studying Kiswahili at the University of Dar es Salaam, Tanzania, helped lay the foundation for his future in journalism.

“I had a portfolio of pictures that I had taken over that year, and that was the portfolio I used to apply for a job at the DI,” he said.

As a photographer, he was a generalist at the DI and covered a variety of stories from the News, Arts, and Sports desks.

“The thing that I liked most, where I really found my footing at the DI, was news,” Guttenfelder said. “The last year I worked for the DI, there was the flooding on the Mississippi and in Iowa City.”

The 1993 flood was the first international news story for Guttenfelder, which affected nine states and cost the U.S. $15 billion in damage.

“I would just go out every day in a rowboat and walk through the flood in my hip waders,” he said. “I was really set free, and that’s when I realized I wanted to be a news photographer.”

Guttenfelder said his experience gained at the DI gave him most of the tools he needed to do his job effectively. By the time he left, he had a firm grounding in ethics and creativity, and he had a strong work ethic.

“I learned the difference between right and wrong at the DI,” he said.

But even then, there were some things that the DI couldn’t teach him. Soon after graduating from UI, Guttenfelder was overseas with the Associated Press in Africa, covering stories in Kenya and throughout the region. In 1994, he covered the Rwandan genocide.

“Nothing can prepare you for things like that,” he said.

His career overseas was just beginning. After 9/11, Guttenfelder shifted gears and spent more than a decade covering the wars in Afghanistan and Iraq. During that time, he also started taking trips to North Korea, and he has been there more than 40 times in the last 18 years. He gained access through AP and helped create the agency’s bureau in Pyongyang.

When he started covering North Korea, he began with the idea that his coverage would be critical. That changed. His biggest revelation working in the most secretive country in the world was that our stereotype of the people there isn’t true.

“Because we know how the regime treats its people, we tend to place our hostility on the people themselves and think that the North Koreans themselves are not like us,” Guttenfelder said.

His images contradict that notion; they have normal relationships and jobs, and they just try to get by day-to-day.

“It was surprising to find real life there … It sounds obvious, but it was really kind of radical,” he said.

Guttenfelder continues his coverage overseas, including North Korea, but now lives in the United States for the first time in more than 20 years. Moving back home wasn’t the easiest transition for him.

“I was used to traveling all over the world and never really photographed in my own country,” he said. “I had to learn a new language and have something to say about my own country. In many ways, I feel like a stranger.”

In recent years, Guttenfelder has also shifted gears again, covering more environmental stories on the national parks for National Geographic and helping spread awareness of veterans’ suicides with such organizations as Mission 22. He also had some words of wisdom for new journalists and aspiring international news photographers.

“It’s a life calling … Whatever you do, it’s a long hard road, a lifetime commitment,” he said. “It’s a serious sacrifice. It’s important for young journalists to know what they’re getting into.”

He also emphasized the inherent risk of covering international stories.