No. 12 Oklahoma State baseball holds on to beat Iowa

Iowa baseball had plenty of chances to win down the stretch, but it couldn’t complete the comeback against No. 12 Oklahoma State. 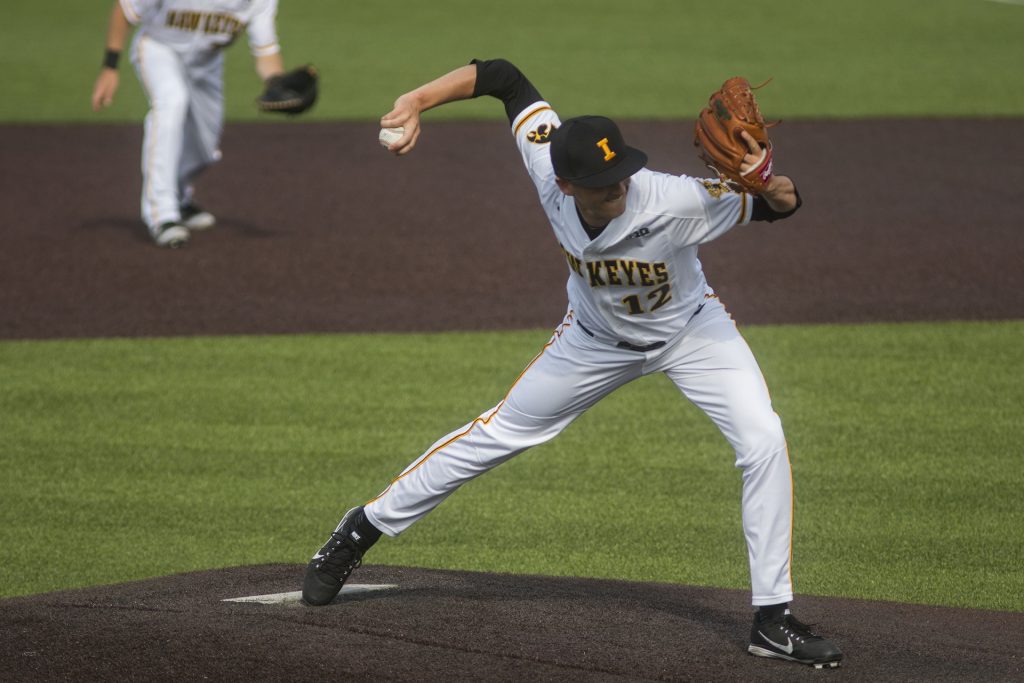 The No. 12 Oklahoma State rode a 5-run third inning to jump out to an early lead, and, despite a strong Hawkeye counterattack the following inning, the Cowboys hung on for the win, 7-6, at Banks Field on May 4.

“It’s really tough, especially when you know what kind of caliber ballclub that team is,” Chris Whelan said. “We think we played right there with them. Kind of felt like we let that one slip away.”

The Hawkeyes had chances to tie or take the lead late in the game. Down by 1 with a runner on second base, Lorenzo Elion grounded out. Tyler Cropley followed up by going down swinging.

Iowa’s bats remained dormant through the first two innings, failing to put a run on the board until the third. But in the fourth, the offense rose from the dead.

With Mitchell Boe and Ben Norman on base, Whelan smacked a double down the left field line, scoring the two Hawkeyes. Then, with Matt Berst and Whelan on base, Cropley send a pitch flying over the right field wall, narrowing Oklahoma State’s lead to just a single run.

From there, however, the Hawkeye offense returned to quiet daze in cliché. Iowa didn’t score again.

On the mound, Nick Allgeyer allowed all 7 Cowboy runs, but he struck out 9 in his 6 innings. Nick Nelsen came in on relief, going 1.2 innings and allowing just 1 hit while striking out 3. Zach Daniels closed and did not allow a hit for the remaining 1.1 innings.