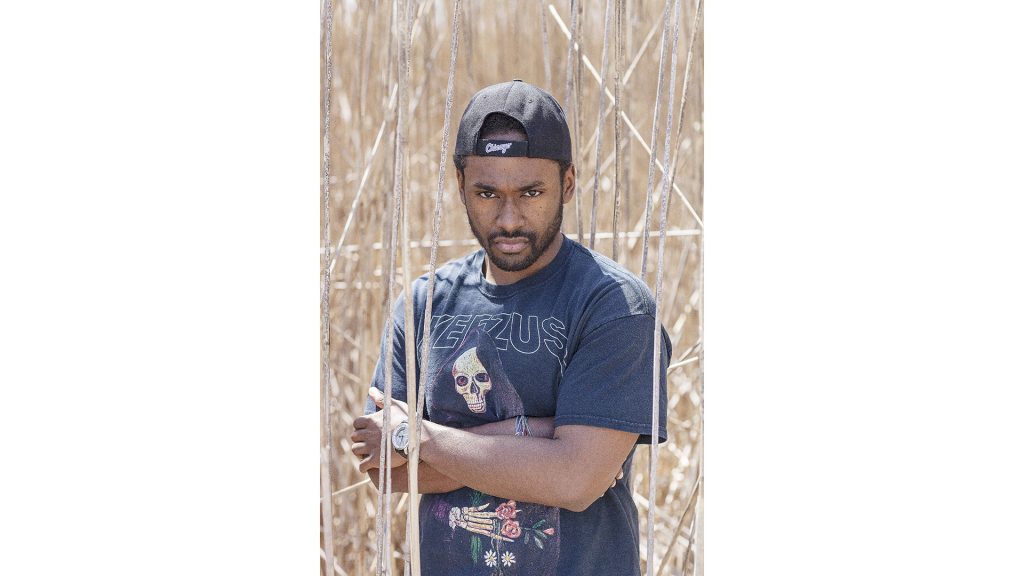 I almost killed myself while living in Chicago. My paranoia and depression dictated my entire life. When I was 21 years old, I had only two choices: I was either going to leave Chicago or become a byproduct of Chicago. The constant images of black bodies being slain by the police and gangs forced me to choose. By the time I was 19, two of my friends had been murdered in Chicago, while other kids and family I grew up with were either in gangs, jail, or nowhere to be found.

Many times people close to me forced me away from them; I was never cool enough for them. Being an individual who dressed and spoke differently from other black kids made my existence lonely, and assimilation into the white community became my best friend.

But the opposite effect soon took place. I learned I was too black for my white friends when I entered Iowa City. Iowa City was the lesser of two evils for me. Here in Iowa City, I have to deal with the hipster racism, blatant screams of “Nigger” in the night, and questioning whether certain white peers are skating by on their whiteness or if it’s merit. Iowa City is a summer camp that lies on a bed of complacency and being “progressive.”

I have watched my “progressive” white peers create works that are pernicious, anthropological, and subpar representational politics of minorities. I have to sit there and be quiet and not confront them — if I do confront them, their eggshell-like fragility disintegrates.

In my experience, when my peers are confronted, they are defensive and upset that their whiteness and intentions were challenged. It is as if the “good” white person should not be challenged because they have done something outside of the sterile, conservative views of Iowa City. They continually cast the right minority, but they never consult another black person on how to write a narrative to properly portray said

minority. In Iowa City, it is enough to just try. It seems to be OK to throw things together and not research further and consult other minorities. Instead, they align themselves with other minorities, and they believe proximity validates their neo-liberal ways of being.

When consulting minorities happens, it can develop into an interracial relationship of some kind. There is

a large population of black men and white women in some kind of relationship here in Iowa City, with me being included. As I have had relations with white women here, I have participated in their fetish or sexual fantasy they “need” to express. The black body and its wooly black hair are nearly seen as a sign of rebellion for the septum pierced, nature-loving, and liberal white woman. Even with the “qualifications” of being a liberal white woman, they tend to remind me of Rose from Get Out. Trying their hardest to understand what is happening to you during frustrations but never actually understanding.

Never truly seeing that their ignorance and inability to Google and find information for themselves is tiresome for all black people. Instead, it is easier to mine the black body

of all of its knowledge on race and be their quasi-teacher in their path to becoming the progressive white woman they want to be. Where they then can go off and gloat about the knowledge their black boyfriend bestowed upon them.

With all of that being said, Iowa City is not a terrible place. It is actually a great place. The summers are spent at Lake Macbride, the Jazz Festival is a delight, and the Nodo Steak is one of the best sandwiches in Iowa City. The great joy here is that the battle I face here is not the paranoia but my

own ability to deal with these individuals who can be very frustrating and tiring. Just like anywhere else we go as black people, we will have to deal with some white person trying to touch our hair.